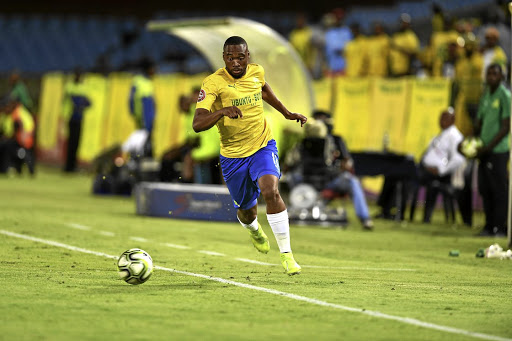 Mamelodi Sundowns midfielder Sibusiso Vilakazi believes it will be about who wants it the most when they face Orlando Pirates tonight.

The Brazilians will take on Pirates in a derby-like clash at Orlando Stadium (7.30pm).

Over the past two seasons, the clash has seen tantalising storylines. But with Milutin Sredojevic and Rulani Mokwena gone, it remains to be seen if the match will have as much drama.

Vilakazi is of the opinion that every time the giants square off it becomes a match to remember.

"It's one of those big games where each player has to play their part.

"It will need a collective effort. The midfielders, the defence and the attackers need to be solid," Vilakazi said.

"They are a scoring team and have been in good form. For them to score four goals [in their last game against Polokwane City] shows that their confidence is back."

Pitso: They are doing well...they have new coach
Sport
2 years ago

Zinnbauer says he does not fear Sundowns: 'No‚ we are Pirates'

Josef Zinnbauer may still be new to the Absa Premiership‚ but one thing Orlando Pirates’ coach is under no illusions about is the quality of Mamelodi ...
Sport
2 years ago

The last time the teams faced off, Sredojevic and Mokwena were still at the helm. The match had a bit of spice as Mokwena was going up against his former employer while Sredojevic wanted to prove who is the better "African football scholar" between him and Pitso Mosimane.

With the two now gone and Josef Zinnbauer having taken over the reins, it remains to be seen what kind of encounter the fans will witness.

"It depends on how the match will open up. So both teams are favourites," he said.

"The new coach will want to prove himself. Playing against us, he will want to implement a few things about how he wants them to play. It's going to be tricky with them playing at home. We have to respect their attack."