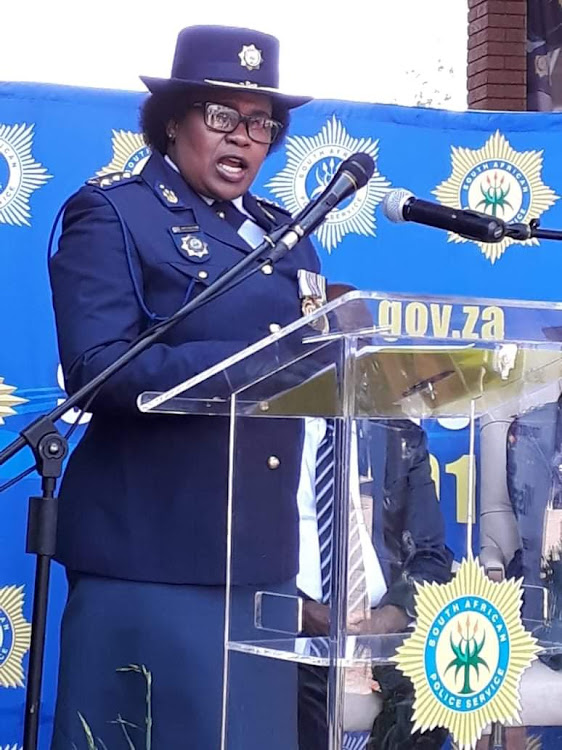 Lt-Gen Baile Motswenyane has been described as 'an administrator, operations officer, detective and crime-buster with a proven track record'.
Image: SAPS

Motswenyane, who was appointed in December, began her duties in the top position on Thursday, a day after New Year's Day.

“On Thursday, just as some were lazily recovering from the festivities of welcoming the new year, she was first at the office, a clear indication of what is to come: work and more work,” the police said in a statement.

She has vowed to hit the ground running and expressed gratitude to police officers who ensured the safety of residents during the festive season.

“I extend heartfelt gratitude to members who sacrificed quality time with family and friends to provide safety and security over the festive season.

“Crime does not sleep, neither does it go on vacation. We need to start immediately,” said Motswenyane.

Free State managers and personnel said they were "‘honoured” to have Motswenyane take over the reins of the police in the province.

With more than 30 years' experience in the SAPS, she takes up the position with a wealth of knowledge.

“She is familiar with the stations and communities of Sasolburg, Bothaville, Welkom and Bloemfontein. It is safe to share that she knows the Free State and its crime patterns like the back of her hand. An administrator, operations officer, a detective and a crime buster with a proven track record, Lt-Gen Motswenyane is ready to serve,” the police statement read.

Almost 1,500 firearms and thousands of rounds of ammunition have been handed over to police since the start of an amnesty for illegal and unwanted ...
News
2 years ago

Transport minister Fikile Mbalula has condemned lawlessness on the roads - by those who are paid to uphold the law.
News
2 years ago
Next Article