Pretoria military armoury could have been plundered over months: Sandu 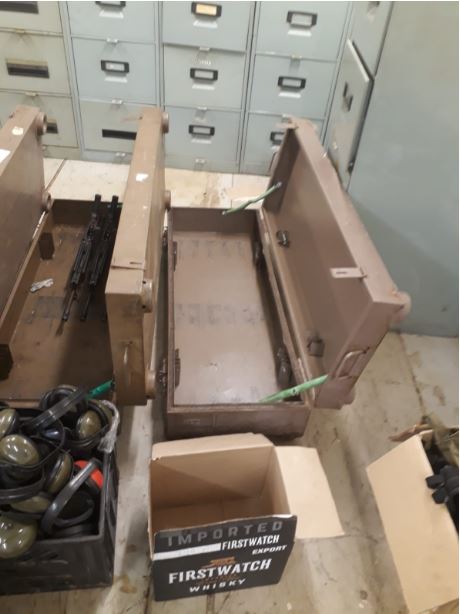 Some of the emptied cases found during a spot check at a SANDF armoury in Pretoria.
Image: supplied

Thieves who raided a Pretoria military base and stole 19 R4 semi-automatic rifles may have spent three months carrying out their operation, claims the SA National Defence Union (Sandu).

The theft was discovered on Tuesday during a spot check of the SANDF's Engineering Formation armoury, located at the Lyttelton Tek Base.

Military police arrested 11 soldiers who were on duty at the time that the theft was discovered. The soldiers are due to appear in a military court in Thaba Tshwane, outside Pretoria, on Friday afternoon.

Sandu national secretary Pikkie Greeff said information obtained from sources at the base showed that the last time an inspection of the armoury was done was in September.

"That goes against [official] policy. Armouries are meant to be checked every 30 days," he said.

"There are several people who do the check, which includes the weapons officers, logistical officers and the commanding officer of the base.

"It is clear that these checks were not done. What the military - which is clearly embarrassed by this theft - has done is to adopt a shotgun approach and arrest everyone who was on duty the day the theft was discovered.

"What they should have done is a proper investigation, which should look into why the armoury was last checked in September."

At least four suspects due in court for SANDF weapons theft

The suspects linked to the theft of 19 R4 automatic rifles from a SA National Defence Force army base in Pretoria earlier this week are scheduled to ...
News
2 years ago

Greeff said another important question that the investigation needed to answer was who was going to receive and use the weapons. "Find that out and you can start to solve who was really responsible for this theft."

He said whoever was behind the theft had access to the armoury for an extended period of time.

"It is not just anyone who can access an armoury. You are only allowed in for very specific reasons. There are supposed to be lots of checks and balances in place, with people having to sign in and out. There are entry books, which are meant to record what is taken, brought back and the conditions of equipment which is removed from the armoury."

The equivalent of nearly four football teams were murdered in the Cape Town metro region over the past weekend, but as crime levels persist and the ...
News
3 years ago

SANDF is “gravely concerned” about a fake military Facebook page that claims the country is capable of manufacturing nuclear ballistic missiles.
News
3 years ago
Next Article