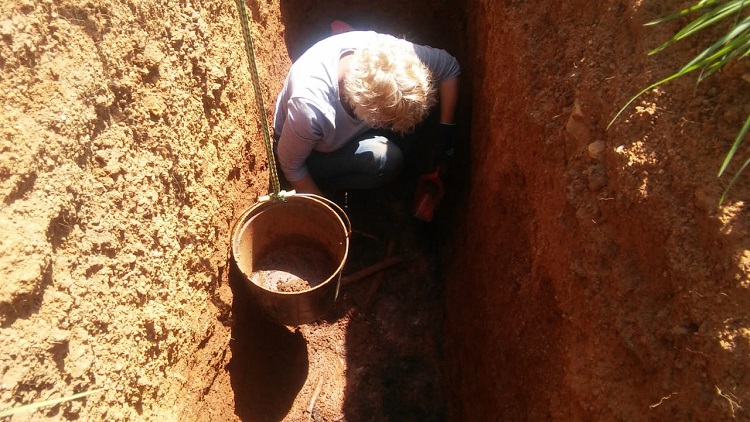 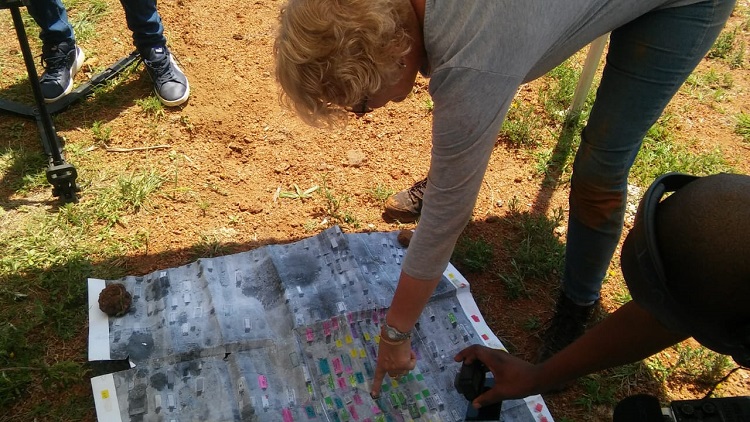 The fire that burnt the Mamelodi 10 and the upholstery of the combi they were in were the key things that helped investigators track and find their graves.

This is according to Claudia Bisso, a member of the task team that has been searching for the last grave of the Mamelodi 10 for 14 years.

Bisso said the team did not touch marked graves at the old Winterveld cemetery in Pretoria but exhumed those which were unmarked. However, there were a lot of paupers in the cemetery, which took the process longer.

"I had already exhumed nine of them. There was a pattern on the remains because they were burned. Fire leaves a very particular pattern in the bones. Plus evidence is the same  as that of the other nine -  the pieces of the combi upholstery and glass from the minibus," said Bisso.

The last of the Mamelodi 10 is being exhumed at the Winterveld cemetery on Thursday. On June 26 1986, 10 teenagers from Mamelodi were lured to their deaths in a joint operation by members of the Northern and Western Transvaal Security Branch and the SADF’s Special Forces. Security Police agent Joe Mamasela collected the teenagers in a minibus by pretending to be an MK member taking them into exile.

Instead, he drove them into the bushes near Zeerust where they were surrounded by security forces. The teenagers were made to lie on the ground where they were injected by Special Force members with an unknown substance which made them unconscious.

They were then placed in another minibus and an accident was faked. The vehicle was set alight and the  teenagers were burnt to death. Their burnt bodies were found by locals and were subsequently buried as unidentified paupers.

The families of the 10 assumed they had gone into exile, but the teenagers never returned and their fate was unknown. It was only during the Truth and Reconciliation Commission’s amnesty processes that the families learnt the truth of what had happened.

Eight operatives from SADF Special Forces, Northern and Western Transvaal Security Branches applied for and were granted amnesty for the operation by the TRC.

The mothers of the Mamelodi 10 then searched for their remains for many years themselves, without success. In 2005, the Missing Persons Task Team (MPTT) in the NPA conducted investigations that led to Winterveld cemetery.

POLICE have intensified their hunt for apartheid hitman Joe Mamasela and have appealed to anyone who knows of his whereabouts to contact them. ...
News
10 years ago

Extensive excavations at the cemetery, which does not have records or markings, were able to locate nine of the 10 bodies. The 10th body could not be located despite extensive searches and the opening  of nearly 200 graves.

Due to the burnt and highly degraded condition of the remains, individual DNA identification was not possible. The nine bodies were reburied in a special ceremony in Mamelodi in 2009. In 2017, the MPTT began a new approach in Winterveld cemetery to try to locate the last of the Mamelodi 10 as well as four other Mamelodi activists who were abducted and killed by the Northern Transvaal Security Police in the 1980s.

A drone was used to map the entire cemetery in photographic strips, which were then knitted together with advanced software to create a very high resolution photographic map.

This map was then used to isolate areas for further investigation and excavation. This was the first time that a drone was used for complex and extensive mapping in a human rights investigation on the African continent. Excavations began in 2019 using the high resolution map.

Last month, a grave was located containing the remains of a young male with extensive burn pattern injuries and associated evidence identical to the nine bodies recovered in 2005 and that were identified as belonging to the Mamelodi 10 group. Bisso stopped digging the grave about an hour ago to allow it to dry up and also wait for family members who have since arrived.

A young girl had to watch over her brother's corpse after he had been killed by the security forces.
Good Life
3 years ago

THOSE who specialise in the ways of dying describe it as the last kicks of a dying horse. The same could be said of South Africa in 1985. It was a ...
Opinion
9 years ago

FORMER apartheid era hit man Joe Mamasela, who is accused of murdering his landlord, appeared briefly in the Protea magistrate's court yesterday. His ...
News
10 years ago
Next Article