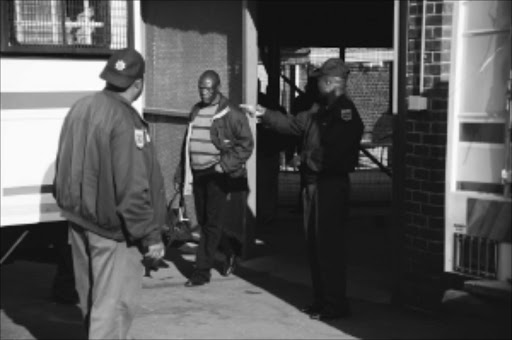 APARTHEID-ERA hitman Joe Mamasela had planned to gun down his landlord.

Prosecutor Denzel Martin told the Protea magistrate's court yesterday that the 57-year-old Mamasela was facing a schedule 6 offence because "it was a pre-meditated murder".

Mamasela allegedly shot dead Lali Nhlapho, 49, on Saturday after attempts to evict him from the property he was renting.

He gave himself up at Jabulani police station in Soweto on Tuesday after two days on the run.

His lawyer, Themba Tshabalala, told Sowetan outside the court that Mamasela would deny the state's allegation.

"It's not true that the murder was pre-meditated. We will argue against that," Tshabalala said.

He was not asked to plead.

Martin asked that the matter be postponed to August 13 for further investigations.

He also requested that Mamasela be kept at Protea police station.

Mamasela, a self-confessed Askari, was granted amnesty by the Truth and Reconciliation Commission in 1998 after he confessed to killing many political activists, including the Pebco 3 - Sipho Hashe, Qaqawuli Godolozi and Champion Galela - and the Mamelodi 10.