Askari too dangerous to get bail - prosecutor 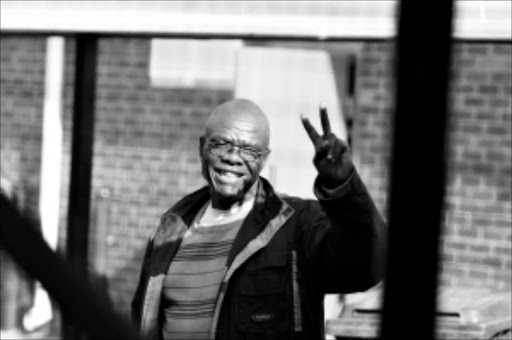 APARTHEID hitman Joe Mamasela should not be granted bail because "he has a history of killing", the Protea magistrate's court heard yesterday.

Prosecution in the Mamasela murder case said he should not be granted bail for fear that he would intimidate witnesses.

Nhlapo, 49, was shot three times at point-blank range at the premises of a house he had allegedly rented out to Mamasela in Zola, Soweto, last month.

After the shooting, Mamasela fled the scene and could not be traced.

"He has a history of being involved in killings as he was an apartheid askari. He may also abscond because it took him three days to hand himself over to the police after the shooting occurred," said Saliwa.

"As a licensed firearm holder and a former policeman, he knew that he was supposed to report the incident to the police within hours, but he didn't. The bail is opposed for his own safety and that of the community," Saliwa told the court.

He said it was not true that Mamasela killed Nhlapo in self- defence because the deceased was not armed. "I have three people who witnessed the killing. They have made statements saying that the deceased came into the house and after a while Mamasela also came. An altercation then ensued.

"Mamasela shot him twice while standing and he fell, and he shot him again while he was on the ground," said Saliwa.

During court proceedings, Mamasela kept shaking his head in disagreement to what was being said.

His lawyer, Themba Tshabalala, told the court Nhlapo was not the owner of the disputed house.

"There were strict instructions from Sonto (the alleged house owner) that my client should not pay rent to him (Nhlapo) but to her (Sonto's) daughter. Nowhere in the lease does it say Mamasela should leave the house on the day of the incident."

He said his client would tell the court that Nhlapo intimidated him and at one stage threatened to assault him in front of police at Jabulani police station.

Mamasela had opened a case of intimidation against Nhlapo.