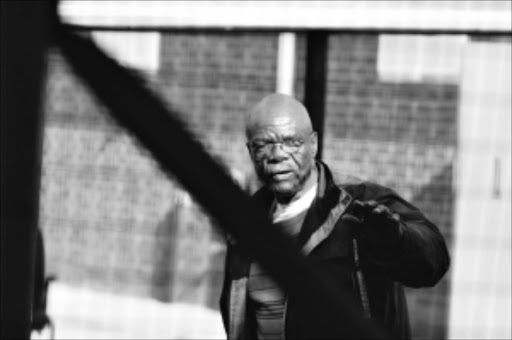 APARTHEID-ERA hitman Joe Mamasela will remain in prison until Tuesday when a Protea magistrate will decide on whether or not to release him on bail.

Mamasela's bail hearing was postponed for the third time yesterday.

But the officer did not come to court yesterday because his mother died on Tuesday.

Nhlapo, 49, was shot three times at close range last month at the premises of a house in Zola, Soweto, he had allegedly rented out to Mamasela.

Mamasela told the court that he would plead not guilty to the murder charge because he had acted in self-defence.

His lawyer Themba Tshabalala said Mamasela was attacked by Nhlapo, who was also armed with a firearm.

Tshabalala further claims that Mamasela was threatened by Nhlapo on several occasions that he would be killed if he did not vacate the premises.

Tshabalala told the court that Nhlapo was not the owner of the disputed house.

He said the house belonged to Sonto Khoza, who had given Mamasela "strict instructions that my client should not pay rent to him (Nhlapo) but to her (Sonto's) daughter Zodwa.