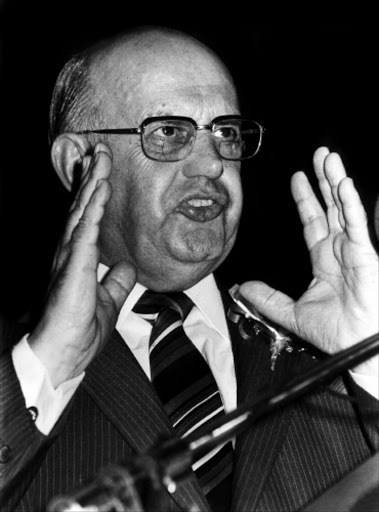 THOSE who specialise in the ways of dying describe it as the last kicks of a dying horse.

The same could be said of South Africa in 1985. It was a merciless year.

The commanding madness that went with that year simply stripped the word "comrade" of all its revolutionary and egalitarian acclaim.

Bereft of its essence, being a comrade in 1985 gradually degenerated into a title that generated more fear than respect.

Something had gone wrong to look up to comrades as the honourable soldiers of the revolution.

Aversion to thinking was readily raised as if it was a luxury the revolution could do without.

On the opposite side of this harrowing gobbledegook, was apartheid era president PW Botha.

His answer to revolution was the declaration of the state of emergency on June 12, 1985. While urging the country to "adapt or die", Botha strangely did not see life beyond the demise of the political system he was presiding over.

Desperate and visionless, he dug in. As usual, doing what those who had lost the will of the governed know best - kill.

The heartlessness of 1985 punctuated itself in what was described as "black-on-black violence".

This was not without the hidden and guiding hand to pep up hostilities. How blacks came to accept this "black-on-black violence" as an apt a description of the situation boggles the mind.

Next came that anonymous notion professing that for liberation to come sooner, education merited suspension. So did the slogan "liberation now, education later" find outlet in rhythmic streets chants.

Acting without thinking was lionised as bravery.

Sadly, youth energy was fully taken advantage of by "askaris" - agents provocateurs linked to death squads, some of whom got mention during the Truth and Reconciliation Commission hearings such as Joe Mamasela, Dirk Coetzee and Eugene de Kock.

The unsuspecting ones were armed with booby traps "to sort out collaborators" once and for all.

Recipients of those booby trapped hand grenades did not live to tell the tale. The deceased were Cosas members from the East Rand townships of Duduza, Tsakane and KwaThema.

At a mass funeral service for their burial at KwaThema Stadium, an innocent victim Maki Skosana, was wrongly fingered as an informer responsible for the death of "comrades" in the booby-trapped hand grenade incidents.

Skosana's death is too excruciating to recount.

While this prompted Archbishop Desmond Tutu to threaten to pack his bags and leave the country, Botha seized the moment to advance the argument that blacks were not fit to govern.

Because Skosana was decreed a traitor, reason did not find its way to condemn her fiery end.

The year 1985 did not only put unsuspecting youth but also killed something in us leaving the black community paralysing with fear.

Marauding power equally deemed it right to restore law and order with all the force last kicks of his dying rule could muster.

The horror PW unleashed was easy to condemn. But the cruelty the comrades meted on their kind was inexplicably tolerated with tacit exemption.

Changing our ways from the heartlessness of 1985 is the only way to redeem our land from the ravenous clutches of the mindless greed consuming the comrades of 2011 believing it is their time to eat.

Can the real comrades that still fit the title bravely stand up to rescue to egalitarian ideal that the revolution promised us?