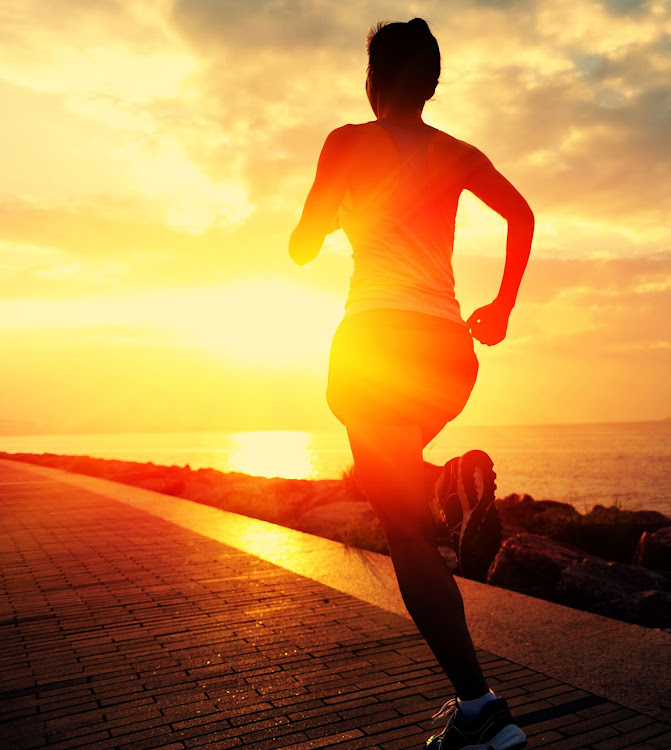 A group of runners have recently fell victim to robbers operating in the northern sububs.
Image: 123RF

Runners who were held at gunpoint and robbed of personal belongings in Johannesburg are up in arms after their attackers - who police traced and arrested - were “released”.

Kim*, who has competed in the Comrades Marathon nine times and is gunning for her 10th, explained what happened in a video widely shared on social media by Andre Snyman of eBlockwatch.

She was running with a friend about 5:30am in North Riding on Saturday. “We got held up by guys with guns who pulled up next to us,” she said, despite there being more runners ahead of them.

Robbers wearing balaclavas got out of their car.

You are not going to believe this story. If you are a runner ?‍♀️. Watch and do what Debbie says. Join Street Talker ....

“They pointed the guns at us and asked for our valuables. They felt us down to feel if we had anything on us,” she said.

Kim said she was carrying pepper spray but abandoned the idea of using it, accepting that she stood no chance against an attacker with a gun.

“They took what they could and got into their car, and went to attack the woman 200m away from us.

“They got scared off by a taxi ... but a guy in front her, they stole his shoes and his watch. I managed to hide my watch, so they only managed to get away with my pepper spray.”

She said a case was opened at the Douglasdale police station and they received regular updates from the investigating officer.

On Sunday morning, she said she was told that their attackers, five in total, had been arrested.

“We were told that they [police] had a tight case because they found SIM cards, watches and shoes. They [attackers] had everything in the car,” she said.

But on Monday evening, when she went to the police station to get an update, she was told the suspects had been released, allegedly on the instructions of a prosecutor.

And now she wants answers.

“I am so angry and do you know how scared I am? I am angrier for the people who actually had expensive things stolen from them.

“I am angry because they are ruining something that we enjoy, just because they get a kick out of it. It is not fair that they should get away with it.”

Two Westville police officers who were involved in a brazen daylight shoot-out with a gang of armed robbers in Durban on Thursday escaped unharmed.
News
2 years ago

He said security companies had now joined forces to escort runners on their routes.

He also urged runners to register on Street Talker, a service where you can report crime, bad driving and other incidents.

TimesLIVE provided details about the case and has made several attempts, since Tuesday morning, to get an update on the case from the National Prosecuting Authority (NPA). They have yet to respond to queries. This story will be updated with their response.

A second runner, Steven Muleya, explained how he also fell victim to armed robbers while running at about 9am in Centurion, in November.

Muleya said he was jogging towards the Celtisdal shopping centre when two men attacked him. “I didn't suspect anything as the road is very busy. They moved towards the road as if they were giving me way.

“As I was approaching them at the bridge, the guy who was walking on the tar road took out a knife and the next thing I was on the ground."

Muleya said they robbed him “without saying a word” and fled.

“I only realised that I was bleeding when I got up. I signalled for motorists to stop and fortunately I got help.”

He said he was taken to a local clinic in Laudium and then to Kalafong Hospital to be treated for a deep laceration.

“I could not walk the entire week due to the bleeding and pain. I think it's a sad reality that we can't freely do what we love. I mean for me it's a lifestyle and a way to have a healthy life. This is a robbery of our freedom.”

Fearing retribution, Kim* asked that her real name be withheld.

A 45-year-old man from Mondeor, south of Johannesburg, has been arrested for perjury.
News
2 years ago
Next Article