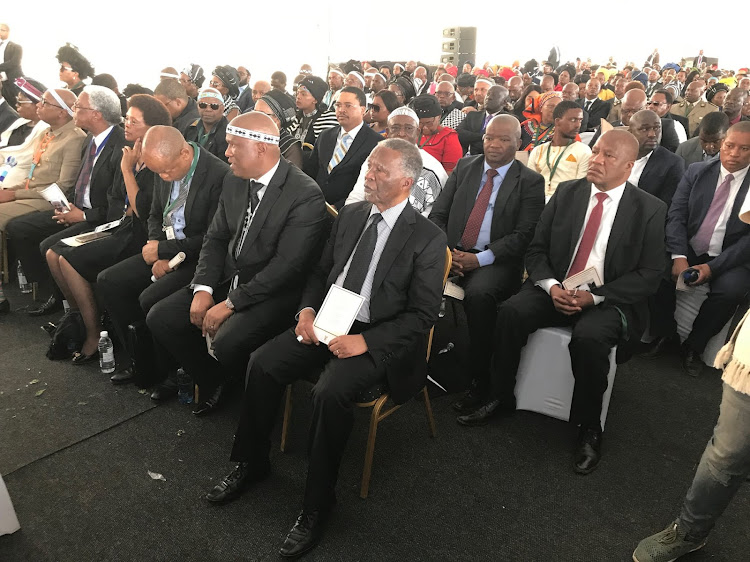 Thousands of mourners in full traditional attire and from all walks of life, including President Cyril Ramaphosa, gathered on Friday at the Nqadu Great Place, outside Idutywa in the Eastern Cape, to pay their last respects to the late AmaXhosa king Mpendulo Zwelonke Sigcawu.

Sigcawu, who died at Nelson Mandela Academic Hospital in Mthatha after a long illness, assumed the mantle of monarchy on January 24 2006 after the death of his father, king Xolilizwe Sigcawu, on December 31 2005.

Zwelonke was the 22nd Xhosa monarch and the 10th in the lineage of Gcaleka, the great house of King Phalo.

In 2010 Zwelonke was declared legitimate king of all AmaXhosa by former president Jacob Zuma after a determination of the Commission on Traditional Leadership Disputes and Claims, also known as the Nhlapo Commission, which probed the authenticity of traditional leaders in SA.

About 4am on Friday, Sigcawu's body was collected by senior AmaXhosa traditional leaders at a secret mortuary in Idutywa.

On arrival at the Great Place, his body was taken to the main house, as tradition dictates, where he was welcomed by his four wives, eight children, family elders and other senior traditional leaders.

His casket was then draped in a lion and a leopard skin.

This was followed by a two-hour church service, named “ucoceka”, before his entire family could view his body.

Sigcawu, 51, was involved in a serious car accident just three weeks before his death. The accident, however, has not been attributed as the cause of death.

The military spent days preparing for the special official funeral. Seven marquees have been erected to accommodate thousands of mourners.

Military marshall Lulamile Nontshinga said they are well prepared for the thousands of mourners.

"I can confirm that we are ready,” said Nontshinga.