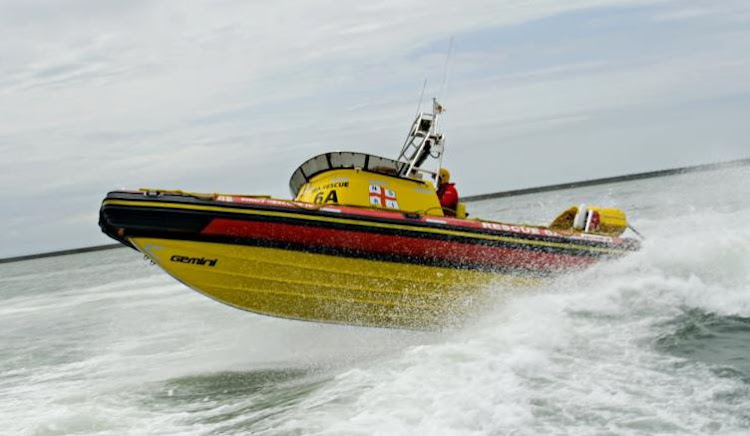 Police divers recovered the body of the 18-year-old boy on Wednesday morning.
Image: NSRI via Twitter

The body of a fourth teenager, who was swept out to sea three days ago during an outing with friends at Rocklands beach, off Sea Point in Cape Town, was recovered early on Wednesday.

“All [of the teenagers] are accounted for and recovered. Families have had an opportunity to pay respects and condolences are conveyed to all,” said Lambinon.

The group got into difficulties in strong rip currents at about 2pm on Sunday.

The first body, that of a 15-year-old boy, was recovered on Monday.

On Tuesday morning, the bodies of a 15-year-old girl and 16-year-old boy were recovered.

CapeTalk radio reported on Tuesday evening that the four were part of a group of foreigners who had recently sought refuge at Cape Town’s Central United Methodist Church.

They had gone to the beach after church on Sunday.

There were scenes of desperation on Tuesday afternoon as the 18-year-old’s father, Felicien Nzisabira from Burundi, and bystanders saw a body being washed towards the shore. However, rescuers were unable to retrieve it due to unfavourable conditions.

Nzisabira had earlier told journalists that his son was sitting on the rocks when one of his companions got into difficulty in the surf and he went in to help, being the only swimmer in the group.

The National Sea Rescue Institute (NSRI) responded to a "person in difficulty" near Cape Vidal, in northern KwaZulu-Natal, on Wednesday afternoon.
News
2 years ago

A KwaZulu-Natal teenager is fighting for her life after surviving a near-drowning at Salt Rock, north of Durban on Saturday.
News
2 years ago
Next Article