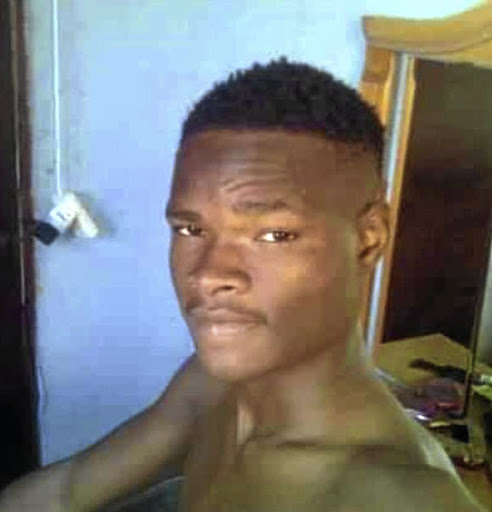 Donald Dlamini is accused of killing his teenage girlfriend.

The community of Schoemansdal in Mpumalanga wants the family of a man accused of killing his 17-year-old girlfriend to leave their village.

Donald Dlamini, 22, a pupil at Mahlatsi high school is accused of stabbing and chopping Snethemba Maziba before burning her body last week.

Provincial police said Dlamini confessed to stabbing Maziba and covering her body with tyres and burning it for two consecutive days.

They closed the R570 which leads to the Matsamo border towards Eswatini.

Dlamini, who is charged with murder and concealment of death, is expected to apply for bail in the Boschfontein periodical court today.

"This boy is actually not from here, he is from Swaziland. He must go back after serving his time. His family must just leave the country and go back to where they come from. We can't stay with them here. We know they didn't kill Maziba, but seeing them here angers us, so they must leave," said community member Sizwe Nyambi.

Maziba's family said their daughter, who was the accused's girlfriend, was reported missing on November 8, and her remains were found four days later with the help of the community policing forum (CPF).

A 13-year-old girl has been arrested for the gruesome murder of her grandmother, after she had been bludgeoned to death in her home in Tongaat, north ...
News
2 years ago

"When she came back from school, she entered the house and changed. We gave her money to go buy something at the plaza and that was the last time we saw her.

"When she didn't come back [from the plaza], we told the police and they didn't help us. We then told the CPF who took our matter seriously until the boy was found on Tuesday.

"Actually, we know the boy. After Snethemba's disappearance, he came to tell us that he hadn't seen her which is sad because he knew that he had killed her," said Maziba's aunt Thandi Manzini.

She said they later found out that he had waited for her at their home's gate on Friday.

"He took her before she could even go buy what we had asked her to buy at the [shops].

"As a family, we are very disturbed and we [heard] from his friends that he sent an SMS to another friend, saying he stabbed her by mistake and burnt her. But he made a fool of us to even come here and say he had no idea where she was," said Manzini.

Police spokesperson Brig Leonard Hlathi told Sowetan that after Dlamini was arrested by the CPF, he showed them where he had burnt the body.

"The police received a complaint that there is a man that has been arrested by CPF members and he is suspected of knowing the whereabouts of a girl that has been reported missing on Friday 2019-11-08 who is his girlfriend.

Dlamini's family member, who did not want to identify himself, said they were unable to speak on the matter.