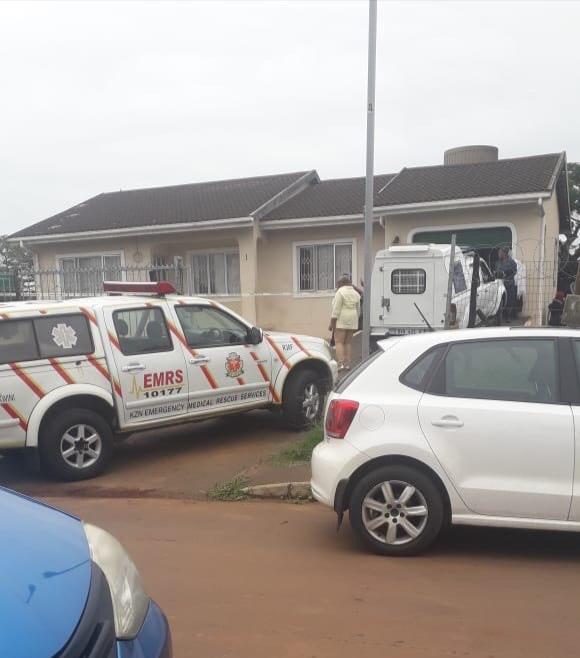 The scene at Jan Roz Crescent in Fairbreeze, Tongaat, where a 63-year-old woman was found bludgeoned to death on Monday.
Image: Reaction Unit South Africa

A 13-year-old girl has been arrested for the gruesome murder of her grandmother after the woman was found bludgeoned to death in her home in Tongaat, north of Durban, on Monday.

Police spokesperson Col Thembeka Mbele said the teen was arrested on Tuesday and was in custody.

"She is being processed and will most likely appear in the Verulam magistrate's court on Thursday," said Mbele.

On Monday police told SowetanLIVE's sister publication TimesLIVE that the girl had said she saw her grandmother being bludgeoned by an unknown man.

"The 13-year-old girl who was found at the scene was questioned and she alleged that while she was hanging up her clothes she heard her grandmother screaming for help," said Mbele.

"She went to investigate and saw an unknown man attacking her grandmother with a hammer."

Mbele said the girl told police she had tried to fight the man but he overpowered her, pushed her out and locked the door.

"She alleged that she left the premises to call for help and when she returned with neighbours, the man was nowhere to be found," she said.

A 13-year-old girl described to police how she saw her grandmother being bludgeoned to death by an unknown man in Tongaat, north of Durban, on Monday.
News
2 years ago
Next Article