'Expired leaders cause chaos within ANCYL' 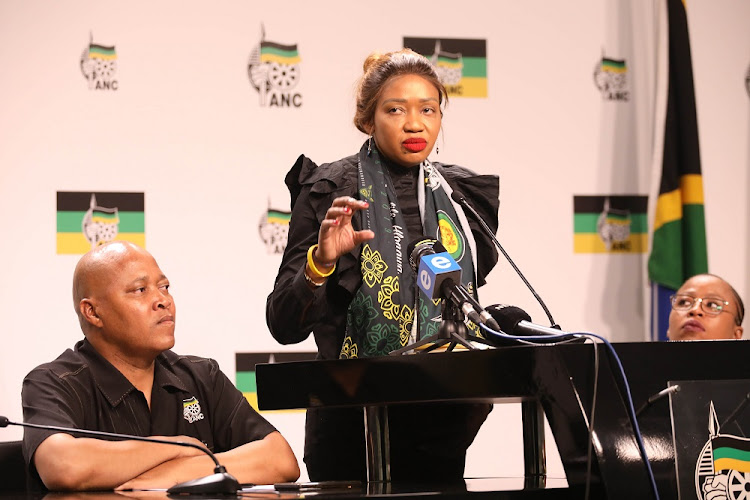 ANC national youth task team convener Tandi Mahambehlala has blamed "expired" leaders who are clinging onto power for the chaos in the party's youth movement that ultimately led to the death of a youth league member.

Lethabo Nkoana was shot dead after an event in Hammanskraal, north of Pretoria, on Saturday.

She said Nkoana's death - as well as other disruptions that rocked their events, including one in Limpopo where Fikile Mbalula and Malusi Gigaba had to flee - were orchestrated by leaders of the ANC Youth League who did not want to relinquish power.

The task team has set itself a target of convening an ANCYL conference in March, but Mahambehlala believes there are some within the ANC who want to collapse their plans.

At the crux of the rot, she said, were the "triplets" of ambition, money and positions.

"Those triplets are destroying the ANC every day, because people want to lead at all costs. They use money for patronage," she said.

ANCYL member killed while trying to protect his comrade

"This issue of Tshwane and the issue of the cars that were burnt in Limpopo are not isolated. People are angry. Young people are instigated by those who wish to control the ANC and those who aspire to be leaders in the future.

"Our assessment is that the youth league is led by people who have expired in terms of their identity documents. These are people who are over 35 and leading provinces. They do not want to relinquish power to the generation of Lethabo [Nkoana]; they are clinging onto power.

"If they can rise and say they are resigning in these provinces, things could be better."

In the meantime, all those involved in the disruptions in Tshwane and Limpopo would be expelled from the ANC.

As for the conference in March, she was adamant that it would go ahead. Asked whether it would happen when people were dying, she replied: "We are not going to allow people to lose their lives. We will have a complete plan on security.

"We are meeting with officials of the ANC very soon. We will raise all these issues and name and shame in that meeting," Mahambehlala said.

"The officials of the ANC have the authority to unleash an instruction to structures, to say this is what we are telling you to do. We trust that the officials will intervene and provide direction where necessary." - TimesLIVE