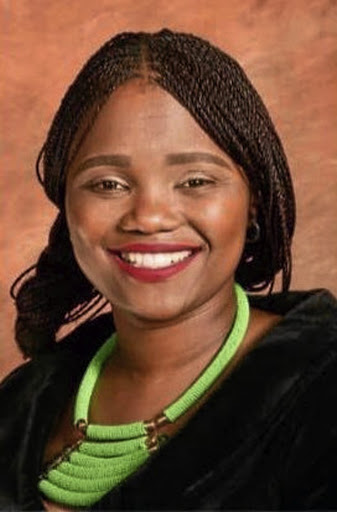 While Bavelile Hlongwa's lifeless body lay on the tarred road covered with a blanket, pieces of her dress were found under the truck that took her life.

This is according to Hlongwa's friends who saw her before and after the tragedy.

The deputy minister of mineral resources was returning from an ANC Youth League event at the University of Limpopo on Friday when she was hit and killed by a truck on the N1 highway.

Three other people were also struck and killed by the same truck.

The 38-year-old deputy minister's car had stopped to assist at another accident scene when the crash happened.

Hlongwa and her friends started the day celebrating the ANCYL's 75th birthday anniversary. They all later attended the inauguration of Dr Nkosazana Dlamini-Zuma as chancellor of the University of Limpopo.

"I am still haunted by the image of her [body] lying lifelessly on the tarred road. Her bodyguard was crying as she showed us her body. She was badly injured and we believe that she could have been dragged by the truck that stripped off her dress."

He said when he saw Hlongwa's car parked on the side of the road with hazards lights on he thought they were taking a rest.

"I wish I had stopped when I saw her car parked on the side of the road with the hazards on. It was hardly 40 minutes when we got the call to drive back to the accident scene."

"I am truly shattered. BV, as I called her, was full of life," Mbambato.

Hlongwa's friend Tandi Mahambehlala, a former deputy minister of communications, said she was also shattered by her death. "We grew closer because we had similarities in terms of character, she was a straight talker.

"Our last conversation was about her nails of which she told me that she would fix at home because she had an international business trip which is why she was in a rush to leave," Mahambehlala said.

She said the ANCYL will commemorate Hlongwa's life in all provinces on Wednesday and there will an official memorial service in KZN.

President Cyril Ramaphosa said Hlongwa will be honoured with an official funeral.