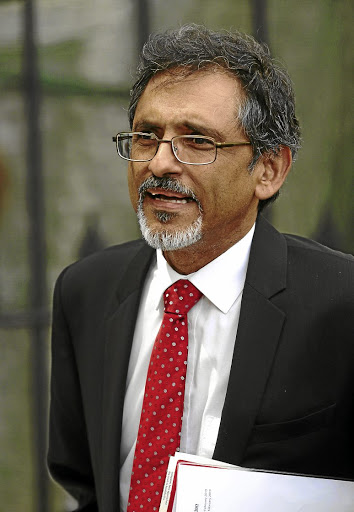 The suburb in which Gauteng's first automotive special economic zone is being built was formed by a group of poor Afrikaner farmers in 1890.

They settled in the area when South Africa was facing an economic depression, and dubbed the area, sandwiched by the slopes of Magaliesburg Mountain, Blikkiesdorp.

This history lesson was dished out by minister of trade, industry & competition Ebrahim Patel when he delivered a 10-minute speech at the official launch of the Tshwane Automotive Special Economic Zone (SEZ) this week.

Blikkiesdorp's name was changed to Silverton, which is located next to Mamelodi, east of Pretoria.

"Today [Silverton] is home to one of Africa's most advanced industrial facilities. Within a period of a few generations, through will and effort, we changed things," Patel told government leaders, officials and private company officials who had attended the launch at the Ford Motor Company SA's factory premises, which are located next to the SEZ.

"The factory of Ford that is located within sight here used to be a Chrysler factory that produced the Valiant car.

Gauteng Premier David Makhura said the Tshwane Automotive City is going to see significant investments and job creation in the Gauteng economy as a special economic Zone for the automotive sector. "The long-term vision is to provide ample opportunities for additional investors in the sector, through aligning the spatial framework in the region to make reservation for industrial development alongside civic and community precincts," he said.

Ford Motor Company of Southern Africa, BMW Group SA and Nissan are three multinationals that have set up production lines in Pretoria, which has been dubbed as Gauteng'provinces automotive capital.

Lance Schultz, the chief executive officer of Automotive Industry Development Centre said his organisation has engaged a number of companies to be part of the SEZ.

"The AIDC is mandated to support the local automotive industry to become globally competitive and bolster Gauteng's position as an automotive destination of choice. As at the time of the groundbreaking launch, the AIDC had engaged 18 companies to occupy the Tshwane Automotive SEZ and nine had already confirmed to set up facilities by January 2021."

Lance Schultz, the chief executive officer of Automotive Industry Development Centre, which is collaborating with Ford on the project, said they developed a mixed used spatial development plan with a design ethos of being a productive city, living city and green city.

"AIDC is the designated operator of the Tshwane Automotive Special Economic Zone, therefore responsible for the implementation of the project from the design phase to operational phase.

He said the AIDC, which will be involved in the construction phase of the project, aimed to ensure that planned investment for 'Phase 1' meet government's objectives and Ford Motor Company's suppliers that will be part of the pilot phase.

The Tshwane Automotive SEZ was going to be built in phases over 162 hectares of land provided by the City of Tshwane.

"The total production impact of the development would be R43,8 billion during construction. The first phase of Tshwane Automotive SEZ is scheduled to be completed by the end of 2020."

The AIDC's mandate is to support the automotive industry to become globally competitive.