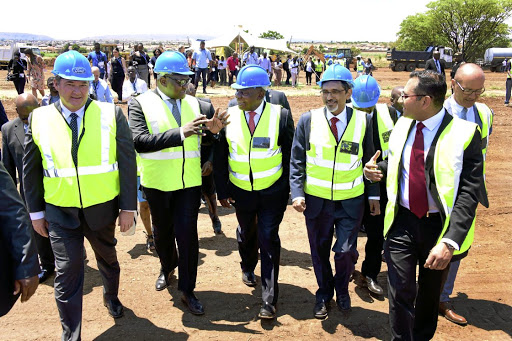 An ambitious partnership between government and motor vehicle maker Ford, which will see the creation of an automotive special economic zone, aims to create an estimated 70,000 jobs once completed.

The new zone, which would cover a total of 162 hectares when completed, was launched amid fanfare in Silverton, east of Pretoria, yesterday.

The Tshwane Automotive Special Economic Zone will be an automotive component supplier industrial park, in which nine companies which currently supply Ford with components have already expressed interest to move into and start operations by January 2021.

Ford Motor Company announced that it will be launching the first phase of a
four-year renewable energy plan, with the intention of making the company's Silverton plant completely self-sufficient for all its energy needs.

The move will lead to the creation of direct and indirect jobs, on top of those to be created through Ford's increased production at the plant which would also lead to its local vehicle component suppliers expanding as well.

President Cyril Ramaphosa says 6,700 direct jobs will be created during  Phase One of the Tshwane Automotive Special Economic Zone which was launched ...
News
2 years ago

President Cyril Ramaphosa said the first phase of the project will see 81 hectares of land adjacent to Ford Silverton Assembly Plant being developed into a new specialised zone which will see around 6,700 direct jobs being created.

Ramaphosa said he was "filled with pride" to announce what would be achieved at the special economic zone.

"I am pleased to note that the 18 companies that have been engaged to set up operations in this special economic zone are already revving their engines and are raring to go, with nine already confirmed to set up factories here."

The president added: "The projected investment amounts to approximately R3.6-billion, and a potential 6,700 direct jobs will be created."

The launch comes as Ramaphosa is set to launch his second presidential investment conference in Johannesburg today.

Ford Motor Company said it had already made a R11bn investment in SA since 2009.

The company's CEO, Neale Hill, said: "We aim to contribute towards the 1% objective of global vehicle production in South Africa, and we will strive to achieve the 60% local content target by 2035."

Solani Rivele, a single mother of four, earns about R800 rand a week but owes 100 times that amount in loans. Millions of South Africans like her ...
News
2 years ago

Buy local and save jobs

The unemployment rate in SA is now 29.1%.
Opinion
2 years ago

Taste Holdings, owner of Starbucks and Domino's Pizza franchises in South Africa, said on Friday it was abandoning the food business.
Business
2 years ago
Next Article