Without Zuma, Mmusi was found wanting 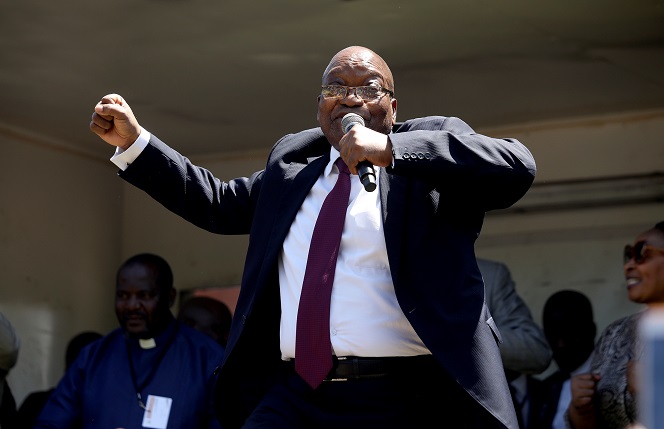 Former president Jacob Zuma, with his many controversies, made the opposition party leaders including Mmusi Maimane to look. Once Zuma stepped down, Maimane was found wanting, according to the writer.
Image: Sandile Ndlovu

I made a tongue in cheek comment the other day on social media to the effect that former president Jacob Zuma was good for his political opponents.

Since his ousting from office, I added, almost all of those who fought him are in crisis mode.

“They miss him,” responded one Facebook friend, also with his tongue firmly in his cheek.

“Comrades are saying Msholozi for (ANC national) chairperson,” joked another one.

Ever since former minister Derek Hanekom successfully slapped him with a defamation suit for that “known enemy agent” tweet, Msholozi has been scarce on social media.

But I am certain that, wherever he is these days, he has something witty to say about isiphithiphithi (the chaos) that has engulfed his opponents.

As I write this, I can almost here him say:Iyabhubhudla inkezo - trouble is brewing, as he watches the television for an announcement by DA leader Mmusi Maimane.

“A broken Mmusi, in a broken DA,” he is probably saying - mockingly.

On a serious note though, the crisis most of Zuma’s opponents find themselves in today, especially the DA, is as a result of them not thinking beyond the day of his fall.

Take Maimane. The young DA leader did spectacularly well during the Zuma years, delivering some of the most memorable speeches in parliament.

Under his leadership, the DA inflicted a series of court defeats for Zuma and his administration - hence plunging that government into a deep political crisis that eventually resulted in its collapse.

Nkandla, the Spy Tapes, the Simelane case are but some of the court victories the Maimane-led DA scored against Zuma.

And this growth was happening across the board. The party’s own figures say the DA’s share of the black vote under Maimane at the time almost doubled from 3.2 perecent to 5.9 percent. The Indian vote rose from 69.5 percent to 77.3 percent and among Coloureds, the party grew from 74.6 percent to 75.1 percent.

Even white voters, the DA’s traditional constituency, rose from 91.4 percent to 92.8 percent.

With these figures, Maimane and those close to him were already talking about the possibility of bring the ANC just under 50 percent of the votes in 2019, hence triggering the formation of a coalition government the DA hoped it would lead.

But then Zuma, the gift that kept on giving for the DA in electoral terms, lost the ANC’s Nasrec conference in 2017 - triggering a change in the political landscape.

Are you using apartheid legislation and killers to defend your criminal case? Maimane asks Zuma

It has been 11 days since former president Jacob Zuma joined Twitter. He has played soccer with children, done a Zulu war dance and played chess ...
News
3 years ago

Maimane and his inner circle clearly did not prepare for this scenario. Even the party’s internal review report into the DA’s performance at the May elections says so.

He battled to respond to the reality of a Cyril Ramaphosa presidency, a presidency whose popularity - initially - extended to even the DA’s traditional base.

Maimane’s political message became incoherent, at times sounding like a lighter version of the ANC on economic transformation, land and race. As a result the party shed some of its white votes to the rightist Freedom Front Plus while simultaneously it failed to keep the black voters it had gained during the Zuma years.

As Maimane’s short political career as DA leader comes to a crashing end, there are justifiable reasons to blame much of it on race and racism.

But he must also shoulder much of the blame. Every DA leader shapes the party in his or her own image, or the image they feel will help them grow their share of the votes.

Tony Leon shaped it into a party that was home for minorities, especially the white Afrikaner voters who were abandoned by the Nats. Helen Zille tried to make it “a home for all” by attracting young black leaders like Maimane, even though she is said to regret this approach now.

What did Maimane shape it into? This question wasn’t important when Zuma was still in office. But once he was gone, it became too glaring that Maimane had no clear vision of where he was taking the DA to.