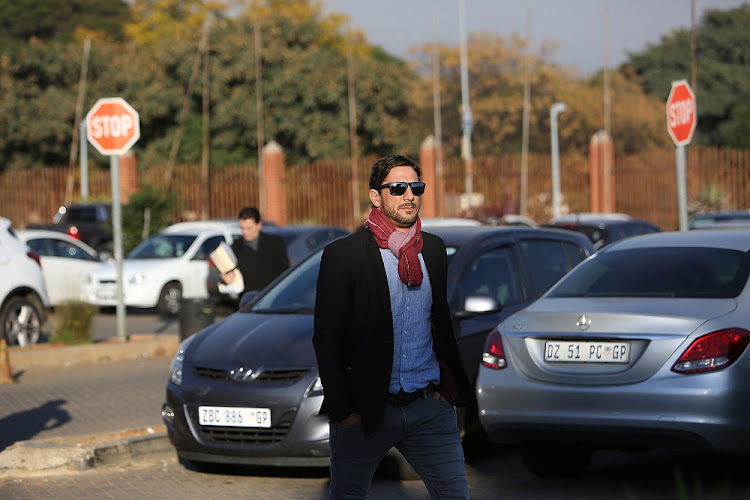 Adam Catzavelos says he feels shame and self-loathing, but has grown as a person.
Image: Alon Skuy/Sunday Times

His notoriety stems from a selfie video he made of himself on August 12 2018 on a beach in Greece, in which he used the k-word about black South Africans.

Since then, he said, he had decided to “look at myself from many different angles, inside and out”.

In a written apology shared by the SA Human Rights Commission (SAHRC), Catzavelos stated: “When I watch the video, not by choice I may add, but because in certain circumstances I have had to, for example with my lawyers, I am truly disgusted, horrified and ashamed of my behaviour.

“I now, more than ever, in the course of having to confront and take responsibility for my actions, which has forced me to consider deeply issues such as dignity and humanity, am acutely aware of how profoundly dehumanising and hurtful it must be for black South Africans to be referred to by the 'k' word with all its connotations, who a mere 24 years ago were liberated from centuries of enslavement, colonisation and subjugation and oppression.

“I acknowledge what I have done and the harm it has caused first and foremost to black South Africans but also to our country, to all South Africans irrespective of race, and to my family.”

Adam Catzavelos to pay R5,000 for 30 months in deal over k-word slur

Businessman Adam Catzavelos must pay R150,000 in damages for using a racial slur directed at black South Africans, according to a deal he has struck ...
News
2 years ago

He said further: “I take full responsibility for it and hold myself accountable. I returned to South Africa early this year on my own accord for that very purpose.”

Catzavelos is facing a charge of crimen injuria and, before the Equality Court, a hate speech complaint. His lawyers are making representations for the criminal charge to be dropped. The SAHRC said he was attempting to negotiate an out-of-court settlement in the hate speech case.

In the formal apology, Catzavelos asked for forgiveness.

“I am deeply remorseful for what I did and said and the impact on people's dignity and humanity, for which I apologise sincerely. I have had to look at myself from many different angles inside and out and can assure you that I have grown as a person, and never again will I be so insensitive as to not take other people’s feelings into account.

“I have already mentioned the self-loathing and shame I have felt as a result of my actions.

“In the course of going through the processes both in relation to the criminal prosecution and the proceedings in the Equality Court, and in preparing this apology statement, I have become aware of the extent to which I, as a perpetrator, have damaged my own dignity and humanity.

“I am hopeful that in making this acknowledgement and apology I will be forgiven and be able to restore my identity as a person and my pride, so that I am also able to restore my confidence and participate in all aspects of life in South Africa, including the building of social cohesion.”

The EFF's Vusi Khoza told Catzavelos to “shove” his apology “where the sun doesn’t shine”.
News
2 years ago
Next Article