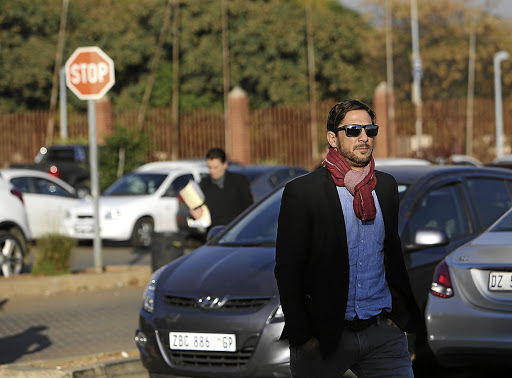 The trial of Adam Catzavelos‚ the Johannesburg businessman who caused an uproar for using the k-word in a video‚ has been postponed to August 29.

The defence made its submissions to the Randburg magistrate's court on July 5.

State prosecutor Dinesh Nandkissor said the Gauteng director of public prosecutions still has to go through them.

Catzavelos is facing a charge of crimen injuria after his race rant on a beach in Greece‚ which was leaked via WhatsApp.

After a previous court sitting National Prosecuting Authority (NPA) spokesperson Phindi Mjonondwane explained the process: "Firstly‚ what informs a prosecutor‚ whether or not a matter should be placed on the roll‚ is we first have to detect if there are prospects of a successful prosecution.

"Now that has been done‚ the issue of jurisdiction is a matter that will be ventilated at court. The prosecutor who decided on the matter was well aware that this issue will obviously come up and has prepared an argument that will be heard in court."

The EFF's Vusi Khoza told Catzavelos to “shove” his apology “where the sun doesn’t shine”.
News
2 years ago

Adam Catzavelos, the man who went on a racist rant on video last year, has been summonsed by authorities in Greece.
News
2 years ago
Next Article