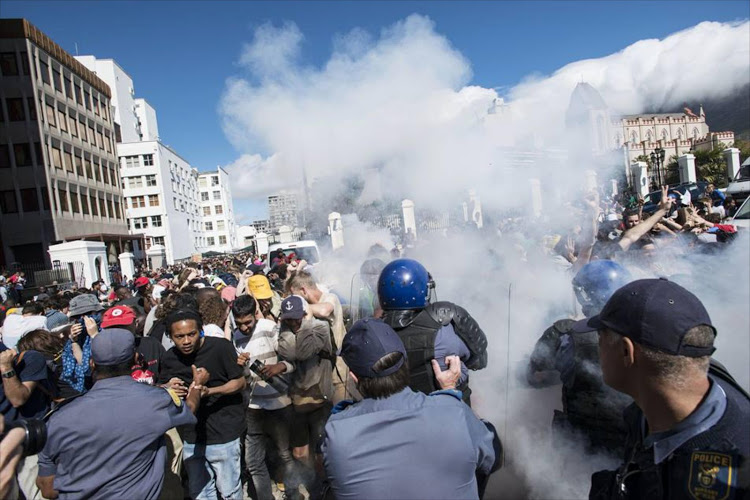 Justice minister Ronald Lamola has thrown the ball back into the court of Fees Must Fall student activists, saying that they were delaying the process of pardoning those arrested for protesting in favour of free tertiary education.

Lamola said the government had offered to help detained students apply for either a presidential pardon or for their criminal records to be expunged - but to no avail.

The minister, who was fielding oral questions in the National Council of Provinces, explained that while there was no provision in law for general blanket amnesty for the arrested students, the department had offered to help students apply for individual presidential pardons, and/or the expungement of criminal records.

Applications for the expungement of a criminal record are considered by the director-general while presidential pardons are dealt with by the president using his discretion.

Lamola referred to an agreement his predecessor Michael Masutha and the director-general in the department had entered into with Fees Must Fall protest leaders, in which the student leaders would submit a list of all the students who were arrested‚ charged‚ convicted or still undergoing trial to the department of justice and constitutional development. This would be so that they could be helped in completing the relevant documentation.

However, he said, they had not heard back from the students to this day.

“Since the offer was made, to date the department has not received such a list from the student leaders, nor such a request, nor any relevant application for a presidential pardon, nor any application for expungement of a criminal record,” said Lamola.

“The offer by the department to assist the relevant students still stands, and the hands of the department are tied if we do not receive any application,” he added.

Student leaders have previously called for the amnesty of detained students using different platforms, including holding demonstrations at the Union Buildings and in parliament.

The matter against Fees Must Fall activist Mcebo Dlamini will go ahead despite his intentions to have charges against him withdrawn.
News
2 years ago

Poverty, ill-health and corrective rape are among the burning issues addressed by Naledi Chirwa in her maiden speech during the Sona debate.
News
2 years ago
Next Article