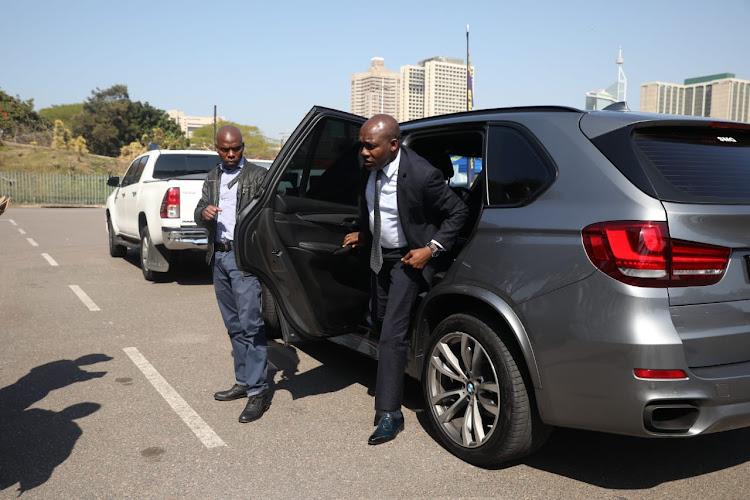 The eThekwini metro mayor-elect is Mxolisi Kaunda, the current MEC for transport in KwaZulu-Natal, the ANC announced on Thursday.

This was announced by party officials during a media briefing.

Kaunda will replace ousted Zandile Gumede, who was removed last week with her entire exco.

ANC KZN provincial secretary Mdumiseni Ntuli made the announcement, in which he also revealed Mzimkhulu Thebolla as the new mayoral candidate for the uMsunduzi municipality.

During the briefing Ntuli revealed the outcomes of the provincial working committee (PWC) report following the recent two-day provincial executive committee sitting which assessed the report on the state of local government in the province.

An executive committee at the embattled eThekwini municipality was postponed after opposition parties walked out on Tuesday.
News
2 years ago

The PEC resolved to remove and redeploy eThekwini mayor Gumede as well as her executive committee (exco) members last week.

The PEC's decision also applied to the mayor and exco members of the ailing uMsunduzi municipality which had been placed under administration by the department of cooperative governance and traditional affairs (Cogta) in April.

Gumede, who vowed to "set the record straight" after being removed from the powerful post, will not take the PEC's decision lying down and has threatened legal action.

“I believe it is important that I set the record straight as the first woman mayor of this beautiful city and first woman chairperson of the biggest region of the ANC in South Africa. I won’t be silenced and I will not allow the truth to be made the first casualty of this matter,” she said in a statement a day after learning her fate.

At uMsunduzi, Thebolla will be deputised by Manilal Inderjith, the speaker is Eunice Majola while chief whip is Vusi Ntshangase.

During the briefing Ntuli revealed the outcomes of the provincial working committee (PWC) report following the recent two-day provincial executive committee sitting which assessed the report on the state of local government in the province.