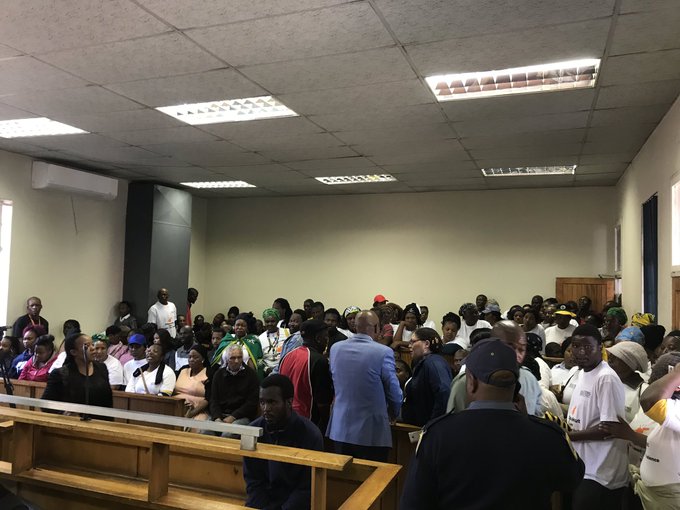 The matter against 28-year-old man accursed of murdering and burying his lover in their shack will have to wait another two weeks before his bail application can be heard.

Samuel Sibeko, is facing charges of murder and defeating the ends of justice. His matter was postponed due to the nationwide protest by Legal Aid lawyers. As a result, Sibeko’s lawyer was not present in court.

And about the yet to be indentified murder victim, Mjonodwana said: “The police are in a better position to comment on the matter of identifying the deceased."

Sibeko allegedly killed and buried his lover, living with her corpse for two months. The woman cannot be named as her family, believed to be in QwQwa in the Free State, is yet to identify her.

A police officer close to the matter told the Sowetan that relatives of the deceased have come forth but it had been difficult for them to identify the body.

“We are waiting for DNA results to come back from the labs. There are people who said they believe that the lady could be their loved one, but her body was in a bad state and made it difficult to identify her. So only DNA will determine whether they’re related to her,” said the officer.

The 28-year-old man accused of killing and burying his 41-year-old lover in a shack they shared is expected to apply for bail on Tuesday.
News
2 years ago

Masondo said the friend last saw the deceased in June.

In July, she went to the deceased's boyfriend to find out about her whereabouts.

Masondo said the boyfriend told her that the deceased had found a job and was staying with her employer.

The man was arrested and is facing a murder charge.