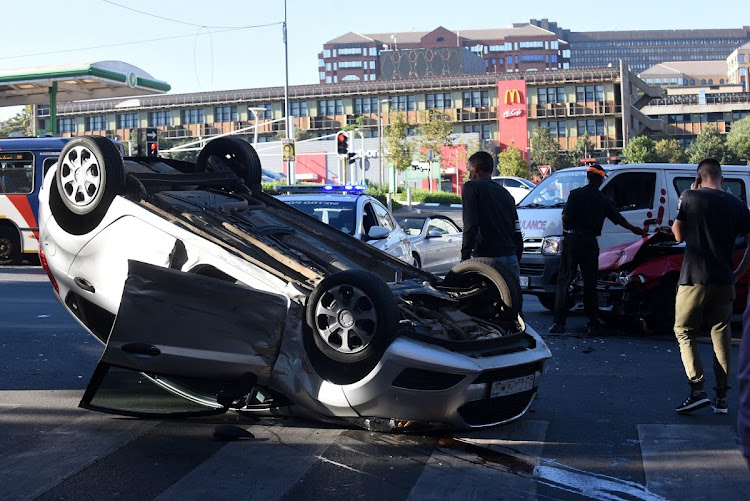 The Aarto system was tested in Johannesburg and Tshwane and failed to reduce road accidents, say its detractors, adding that it is complicated to administer and places revenue collection over safety.
Image: Freddy Mavunda

President Cyril Ramaphosa signed the controversial bill, which includes a licence demerit system for drivers, into law on August 13 after the National Assembly passed it in March.

"Outa has opposed this bill from the start and is now planning a constitutional challenge to it," said Rudie Heyneke, Outa portfolio manager on transport.

He said the organisation held a workshop to consult the industry on the bill, made submissions to parliament based on this and, after the bill was passed earlier this year, wrote twice to the president asking him not to sign it.

Outa called for the bill to be amended due to concerns that it would not improve road safety, it is logistically cumbersome to the point of being potentially unconstitutional, and paves the way for corruption.

The final version of the law does not take into consideration Outa’s concerns. Pilot projects in Tshwane and Johannesburg using this system over the past decade failed.

"The focus should be on road safety, not on an administratively complicated system aimed at collecting revenue," said Heyneke.

The act sets up a demerit system for drivers, who lose points for traffic offences which may result in the loss of a driving licence.

Outa says the new act will be used to force Gauteng motorists to pay e-tolls, by making it an offence to ignore road signs which could include those listing e-toll charges.

"We need solutions on road safety, but this isn’t one of them. We want to see a workable law," says Heyneke.

The Automobile Association (AA) has also slammed the bill, saying its provisions around demerit points appear to be geared more towards revenue collection than road safety.

"In principle, the AA is in favour of a demerit system for drivers. It is something we have always backed and supported, even as far back as the 1960s,” said the AA. "This punishes frequent road traffic offenders, while those who obey the rules of the road have nothing to fear."

However, the AA argues that many of the amendments to the act raise questions about the practicality of the system’s implementation. It says road safety rather than revenue generation should be a central theme of such a system.

The civil action organisation OUTA says it is contemplating a class action lawsuit to compel the Road Traffic Infringement Agency and relevant metros ...
News
5 years ago

"The fact that similar fines and demerits are proposed for not wearing a seatbelt and for driving an unregistered vehicle point to road users' safety not being the government's primary concern.

"In our view, not wearing a seatbelt should carry a much stiffer monetary punishment and accompanying high-value points demerit. If making our roads safer is the objective, let's start here," said the AA.

According to the AA, the piloted roll-out of Aarto in Tshwane and Johannesburg was not implemented properly as only fines and no demerit points were issued - meaning that amendments to the Aarto Bill are being made without proper testing of the system.

"The existing system as it was implemented has also proven to be largely unsuccessful, especially when measured against fatal road crashes in the province. In 2014 there were 2,136 fatal road crashes in Gauteng; in 2015 there were 2,171; 2,385 in 2016; and 2,398 in 2017. Instead of declining, these crashes have increased - all while the limited Aarto implementation was in force in the province," said the AA.