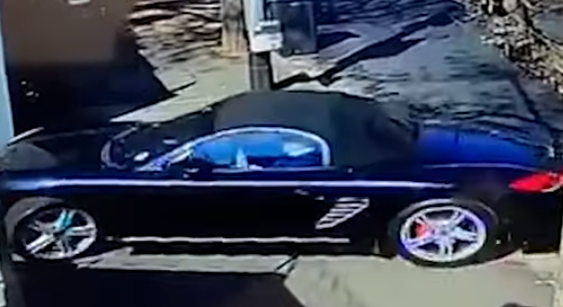 Millionaire tobacco boss Simon Rudland was critically wounded in what was alleged to be an assassination attempt in Norwood, Johannesburg, as he and his lawyer pulled into the driveway of the Fita offices.
Image: Youtube video screen grab

A R10m reward has been offered for information on who attacked members of the Fair-Trade Independent Tobacco Association (Fita) on Wednesday.

Millionaire tobacco boss Simon Rudland was critically wounded in what was alleged to be an assassination attempt in Norwood, Johannesburg, as he and his lawyer pulled into the driveway of the Fita offices.

A VW Golf stopped behind them and one of its occupants opened fire on the car Rudland was in, injuring him in the neck. He was taken to hospital by his lawyer, who was driving the car.

Fita represents the interests of eight local tobacco manufacturers, including Gold Leaf Tobacco Corporation, which is co-owned by Rudland.

In a statement on Friday, Fita said it took threats to the security and lives of its members very seriously and was committed to ensuring that those involved were brought to book.

"As and when information has come into our possession, we have forwarded it to the law enforcement agencies tasked with investigating the matter," the association said in a statement.

Fita called on members of the public who have any information about the attack to  come forward and provide the police with information which would ensure that those  responsible were prosecuted and successfully convicted.

The association said Gold Leaf was providing a R10m reward.

"We have previously and on a number of occasions raised the issue of too many instances in the past where there seems to be a reluctance on the part of law enforcement agencies to investigate with vigour incidents in the tobacco industry of a similar nature to what transpired outside our offices on August 14 2019." the association said.

Did you know? Smoking could make you blind

Why quitting could be a farsighted decision.
S Mag
2 years ago

#WorldNoTobaccoDay: The effects of smoking on your life-insurance cover

The health implications aside, users of cannabis and vapes could pay more on their premiums.
S Mag
2 years ago
Next Article