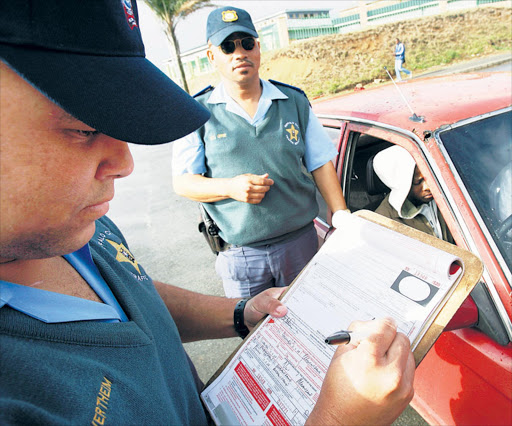 The civil action organisation OUTA says it is contemplating a class action lawsuit to compel the Road Traffic Infringement Agency and relevant metros to withdraw all unlawfully processed traffic fines.

OUTA on Saturday congratulated Fines-4-U and their client‚ Audi Centre Johannesburg‚ on the win against an appeal by the RTIA‚ regarding the unlawfulness of the AARTO traffic fine process applied in Johannesburg and Tshwane.

OUTA chairperson Wayne Duvenhage said it was clear to the organisation that the traffic infringement authorities had not applied themselves in accordance with the legal processes and regulations under the AARTO Act‚ as required by law‚ from as far back as 2008.

As per the judgement issued by Judge Prinsloo on Friday‚ he said‚ the public now had every right to challenge authorities refusing to renew vehicle and drivers’ licences‚ where enforcement orders were in place‚ as a result of traffic fines illegally issued in Johannesburg and Tshwane.

“This judgment is a win the people and a sure sign that active citizenry‚ when applied effectively‚ holds authorities accountable for unjust actions.

“What matters first and foremost is the authorities conduct themselves within the laws of this country before they expect citizens to do the same‚” said Duvenhage.

As a result of the ruling in favour of the people‚ he said‚ OUTA was compiling a class action and looking at other legal avenues to compel the RTIA and relevant metros to withdraw all unlawfully processed traffic fines.

“This does not suggest OUTA supports the idea of unlawful conduct on our roads‚ it means the authorities need to take the matter of law enforcement seriously‚” said Duvenage.

“Furthermore‚ it is important the RTIA shifts its policy of treating treating traffic enforcement as a revenue generating tool to one of addressing road safety issues.”