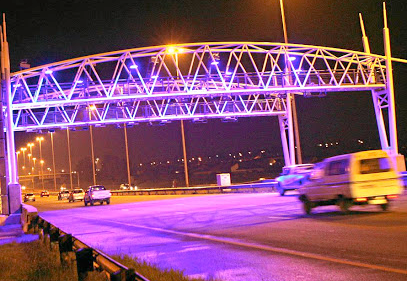 Huge public pressure and intergovernment fights over the demand to scrap the controversial e-toll system in Gauteng have led to transport minister Fikile Mbalula likening the battle to a “gun facing at you”.

The SA National Roads Agency's (Sanral’s) e-tolling project, launched in 2013, has largely been a failure as a result of low levels of compliance from Gauteng motorists. The cash-strapped agency has had to shelve several projects due to a lack of available funds.

Mbalula’s comments follow a public spat between finance minister Tito Mboweni and Gauteng premier David Makhura last week, in which the leaders took to Twitter to disagree over the future of e-tolls.

The demand on the table is like a gun facing at you — do away with the gantries, we don’t want them. That’s what we are responding to.

The finance minister, who has been vocal about the need to keep the e-toll system functioning, criticised Makhura’s vow to remove it from Gauteng’s roads. In a series of tweets, Mboweni emphasised the need to comply with the user-pay principle of the Gauteng Freeway Improvement Project.

Mbalula said there were “robust views” from the National Treasury regarding the e-tolls debt, but said a task team that was looking at the issue was weighing all available options.

“In the main, the issue that we are looking at is that we must scrap e-tolls. That’s the main demand,” he said. “The demand on the table is like a gun facing at you — do away with the gantries, we don’t want them. That’s what we are responding to.”

Mbalula said a team of experts, working under ministers, will look at various solutions to the e-toll problem and report back.

“There will be no holy cows,” he said, noting that a report will be tabled to President Cyril Ramaphosa for his consideration in August.

Mbalula said his predecessor, Blade Nzimande, had worked tirelessly to solve the e-tolls mess, and that he was taking over from where he left off.

“There has not been any lapse. The impression that minister Mboweni gives is like there has been a lapse ... that we are disorganised, a government that is stateless and not properly led,” he said.

He said Mboweni had reason to be angry about the possible scrapping of the e-tolls.

“The day you get a minister of finance who agrees to everything [is the day] this country will go down,” Mbalula said.

The transport minister said it was sad that Mboweni and Makhura had engaged in a public spat over the matter.

Get our news and views in your inbox

“It's unfortunate that a matter like e-tolls is reduced to a Twitter discussion, whereas it is a sensitive matter because communities feel very hurt about this.”

He said while he remains outspoken, he has never spoken “recklessly” about e-tolls because the issue needs to be approached in a responsible manner.

Wayne Duvenage, CEO of the Organisation Undoing Tax Abuse (Outa), said the outfit was once again willing to assist the government in finding legitimate solutions to end the e-tolls impasse.

“Early in the e-toll saga, Outa suggested that the bonds for the Gauteng Freeway Improvement Project should be funded in the same way that Sanral funds over 18,000km of its non-tolled network, through allocations from Treasury and if needed, via a ringfenced fuel levy increase of 10c per litre at the time of launch,” said Duvenage.

“Had this been done at that time, the capital value of the project would have already been raised. However, government’s determination to legitimise a grossly ineffective and irrational scheme has resulted in billions of rand in debt for Sanral.”