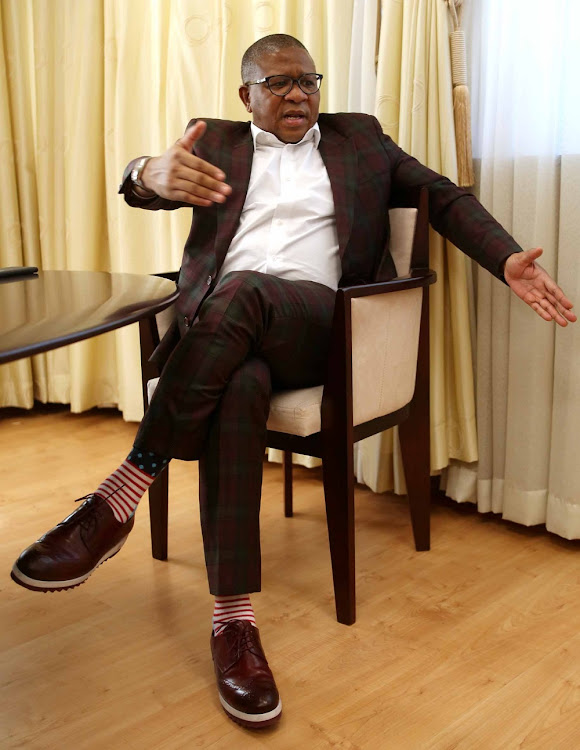 Transport minister Fikile Mbalula has set an ambitious target of doubling the number of trains by the end of the year.
Image: Esa Alexander

Transport minister Fikile Mbalula wants to nearly double the number of Metrorail trains on the country's tracks by the end of December this year.

In launching the Passenger Rail Association of SA (Prasa) "war room" on Thursday, Mbalula set a number of ambitious targets.

This, Mbalula said in a statement, included:

Mbalula said that the "continued decline of the quality of service Prasa provides" needed urgent intervention. To this end, the war room was being put in place to "aggressively improve the quality of our passenger rail service".

He said that the war room would allow officials to make rapid decisions based on information gathered on the ground.

"The war room will be supported by a Technical Task Team primarily made up of experts with in-depth knowledge and experience in a number of areas, which include train operations, signaling, rolling stock and security.

"On a daily basis, the team will start the day with an assessment of the previous day’s performance and identify issues that hamper performance and make decisions on how to resolve these," said Mbalula.

The Passenger Rail Agency of South Africa (Prasa) said a strike by unions over unsafe trains and poor service had not had a major impact on Friday.
News
2 years ago

Everything you need to know about the Prasa 'shutdown'

The United National Transport Union (Untu) and the Federation of Unions of South Africa (Fedusa) are expected to hold a one-day strike on Friday.
News
2 years ago

Unions to strike over dangerous working conditions in trains

Trade unions will strike in major SA cities on Friday over poor and unsafe train services.
News
2 years ago
Next Article