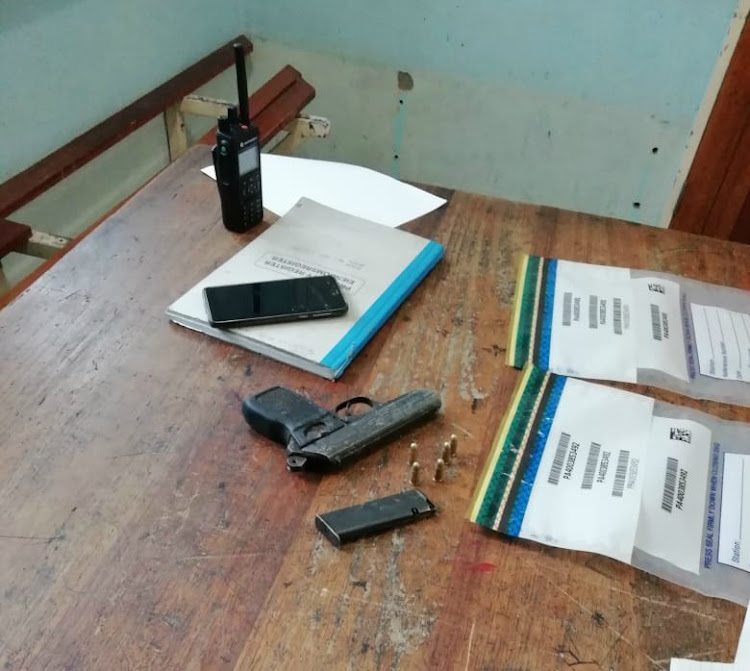 An 11-year-old boy has been arrested after being found in possession of an unlicensed firearm.
Image: supplied

Authorities are "deeply disturbed" by the arrest of an 11-year-old boy who was found in possession of an unlicensed firearm next to a school in Cape Town on Tuesday.

Officers in the city's law enforcement liquor unit were patrolling at Cravenby Estate when they were hailed by a member of the public, who raised the alarm.

Cape Town mayoral committee member for safety and security JP Smith said officers discovered the boy next to a school in the area, "firearm in hand".

"The details around the case are yet to be determined, but there are allegations that the child was sent to attack another child at the school, and threatened a teacher in the process," he said.

"This is deeply disturbing, and we hope that the appropriate social services interventions can take place to put this young boy on a different path."

Smith urged police to get to the bottom of the matter and find "whoever was responsible for putting a firearm in the hands of this minor".

An image of the firearm indicated that it was recovered with five rounds of ammunition.

The equivalent of nearly four football teams were murdered in the Cape Town metro region over the past weekend, but as crime levels persist and the ...
News
2 years ago
Next Article