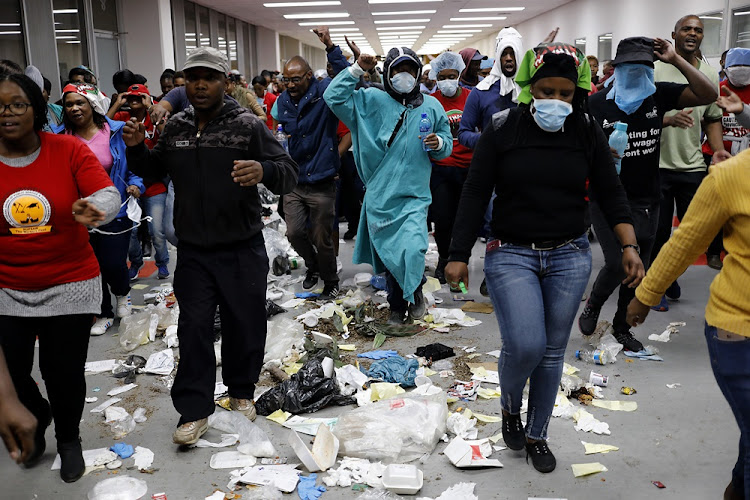 No arrests have been made after protesters invaded Charlotte Maxeke Academic hospital in Johannesburg on May 31 2018.
Image: ALON SKUY

There have been no arrests or disciplinary action against staff who downed tools and trashed Charlotte Maxeke Johannesburg Hospital in a dispute over bonuses more than a year ago.

Gauteng health MEC Bandile Masuku confirmed this in a written reply to questions by DA MLP Jack Bloom in the provincial legislature.

"I am outraged at the inexcusable delay in disciplinary and police action even though 16 employees were identiﬁed by the CCTV cameras, and are still working for the hospital," Bloom said in a statement on Sunday.

"How can it be that workers who threatened others and caused damage of more than R3m are still working for the hospital? There has to be accountability and consequences, otherwise people will feel free to trash the hospital again when they have another grievance," he added.

During the protest, black bags containing rubbish ranging from paper to half-eaten food were emptied along the hospital corridors, rocks were used to disrupt ambulances transporting patients and tyres were burnt in front of the facility.

Gauteng health MEC  Dr Gwen Ramokgopa believes her department is on the right track to turn its finances around and deliver quality healthcare to the ...
News
2 years ago

Bloom said the department confirmed that formal disciplinary action had not been "taken yet”. Investigating ofﬁcers were appointed but there were "delays resuming investigations". 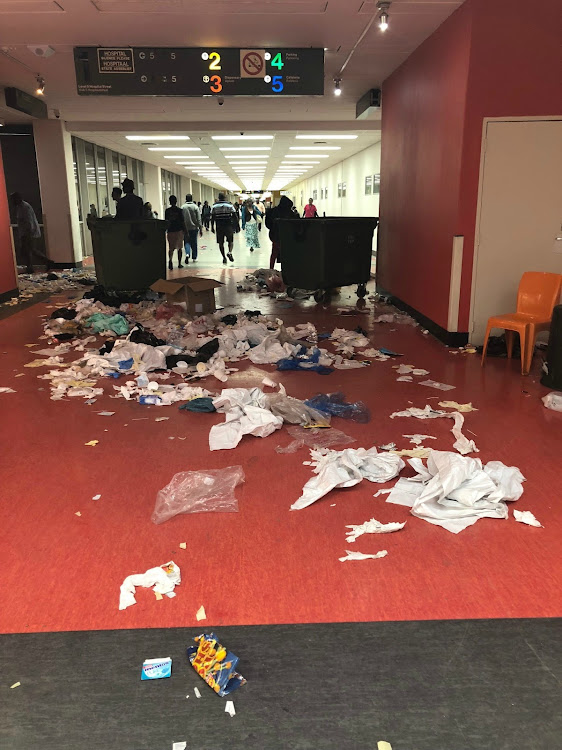 "Criminal cases were opened at the Hillbrow police station for public disturbance/violence, and malicious damage to property, but there have been no arrests as 'the police are still investigating',” he said.

“If I could find a person working here as a cleaner or a general worker or whatever that has got the audacity to go into theatre and stop people from performing operations‚ that person is a murderer‚” Motsoaledi said during a media briefing at the hospital.

“Strikes have got rules and they follow a particular pattern. This was just sheer acts of hooliganism where people have gone mad against their fellow human beings, why should we trust such human beings? They are not human anymore," he said.

Bloom said he suspected the department had been trying to cover up the incident, but he would fight 'relentlessy' to ensure those implicated were fired and taken to court.