One of Khayelitsha quadruplets dies suddenly 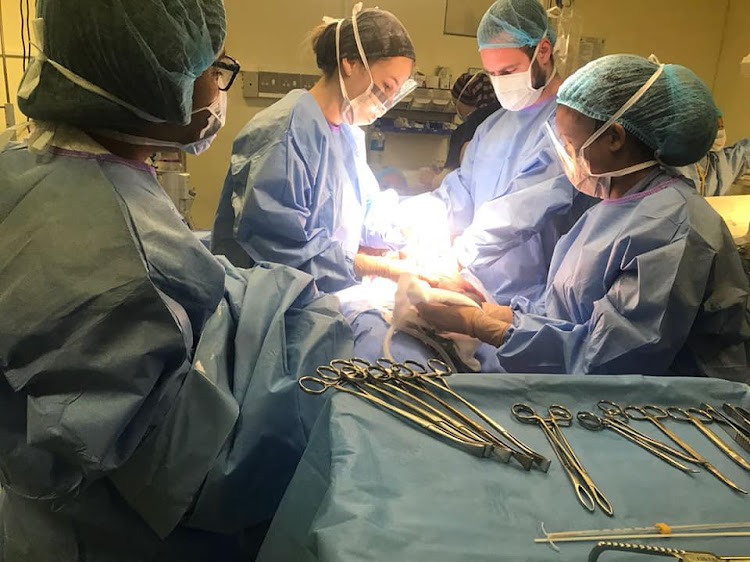 One of the four babies known as the Khayelitsha quadruplets has died after a short illness.
Image: Western Cape Government/Facebook

The family of the four babies known as the Khayelitsha Quads is mourning the death of one of the babies, Bubele Mafenuka, who died after a short illness in Cape Town on Thursday.

His death comes after the quadruplets celebrated their first birthday last month.

Local organisation Community Chest said their staff were devastated by the news.

"It is especially heartbreaking as less than three weeks ago we publicly celebrated their first birthday... It was a joyous occasion with all four babies happy and in high spirits, as were all the guests," said the organisation's Desiré Goliath.

The “miracle” quadruplets from Nongoma and their mother have been transferred to the mother-and-child-friendly Lower Umfolozi War Memorial Regional ...
News
6 years ago

Community Chest said it was arranging counselling for the family.

"We respect the privacy of the family during this tragic time while sending our deepest condolences and keeping them in our prayers."

Last year, the organisation surprised the quad's mother, Inga Mafenuka, with a bursary to further her studies.

It was an “exceptional occurrence in any health system”, was how the Western Cape Government described the 22-year-old Mfenuka from Khayelitsha after she gave birth to the quadruplets at the Tygerberg Hospital in Cape Town, last July.

“Spontaneous quadruplet pregnancies are exceptional, with a reported incidence of one in 512‚000 to one in 677‚000 births‚” the Western Cape government said on Facebook.

Ugandan mom of multiple quadruplets struggles to provide for 38 kids

Mariam Nabatanzi gave birth to twins a year after she was married off at the age of 12. Five more sets of twins followed - along with four sets of ...
News
3 years ago

Surprise! Mom finds out during childbirth that she was carrying quadruplets

KwaZulu-Natal's Health MEC‚ Dr Sibongiseni Dhlomo‚ today congratulated a team of doctors and nurses from the Benedictine Hospital in the Zululand ...
News
6 years ago
Next Article