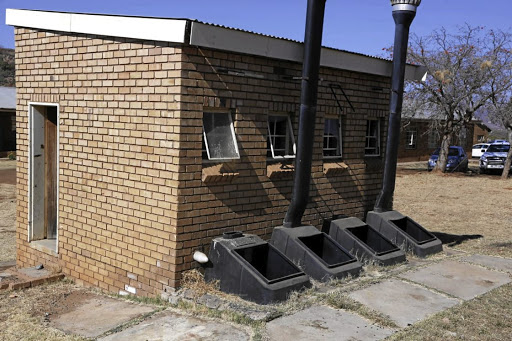 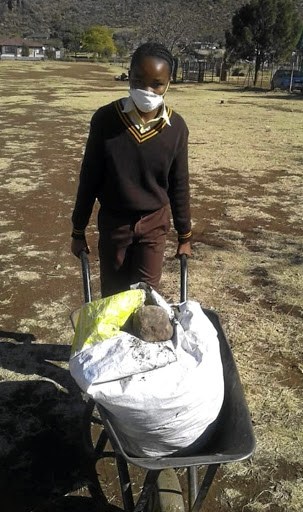 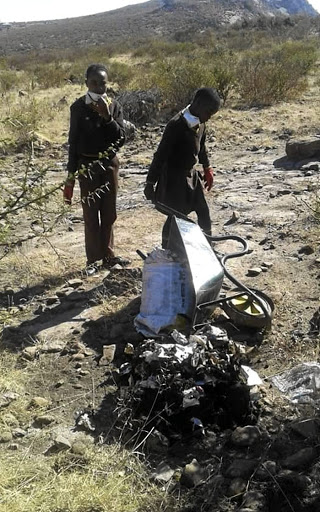 Parents at a Limpopo primary school are calling for action against the principal who allegedly ordered a group of pupils to empty toilets.

The parents said the children's health was put at risk after they were made to empty the 16 toilets last week, an incident the SA Human Rights Commission (SAHRC) said was a "violation of their rights".

Pictures of the pupils were shared on social media after they were seen emptying human waste into a sack at Mphethi village near Burgersfort. The Mohlope Primary School pupils were instructed to empty "enviroloos" toilets and had to carry the waste using wheelbarrows and dumped them in the nearest veld.

A 31-year-old mother who wished to remain anonymous to protect her child's identity said the principal should be removed as he put the children's health at risk. "I haven't seen anyone instructing poor children to clean human waste. He should have spoken to us as parents first. We could have done that on behalf of our children," she said.

The school has more than 100 pupils. A mother of a 12-year-old grade 7 pupil who said she witnessed the incident, said she was worried because some of the pupils were not wearing gloves and safety masks.

"It was around 8am when I went outside the house and saw pupils with a teacher shoving out human waste from pit toilets and putting them inside a white sack on the first day of schooling [of the third term]," she said.

"The principal called us to a meeting and he told us that he didn't know about the incident. I walked out of the meeting because other parents seemed not to be bothered.

"They say there is nothing wrong with sending children to empty the toilets," she said.

Victor Mavhidula, SAHRC provincial manager, said they were concerned that the children were made to clean and carry human waste.

"We have already received a complaint from the Democratic Alliance and we will be investigating the matter to establish what happened. We feel the rights of the children were violated in this instance," he said.

Mavhidula said they will ask the copy of the report from the provincial department of education when they had completed with their investigation.

Department spokesperson Sam Makondo said they would be investigating the alleged actions of the principal.

"The district office will serve the principal with a letter wherein the principal must respond to the allegations levelled against him. The allegations were brought to the attention of the department by a group of parents who complained about what they had seen happening at the school," Makondo said.

"Nurturing children into responsible citizens does not involve instructing them to do things that undermine their dignity as human beings.

"Everyone has inherent dignity and their right to dignity should be protected and respected at all times. We are disappointed as a department and we shall get to the bottom of these allegations," she said.

Another parent, Joseph Lewele, said he lodged a complaint with the circuit office in Sekhukhune but did not get help.

"The circuit offices were helpless because they told us to protest against the principal. We wanted help but they were not assisting.

"We have the school governing body (SGB) but it's always taking the principal's side whenever there are issues at the school," he said.

SGB chair Connie Nkoana had promised to grant an interview but later refused after meeting the school principal.

DA leader in Limpopo Jacques Smalle urged the SAHRC to probe the department's failure to provide adequate toilet facilities and sanitation at the school as per "minimum norms and standards for public school infrastructure".