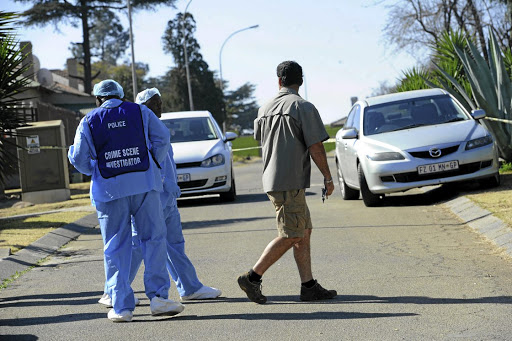 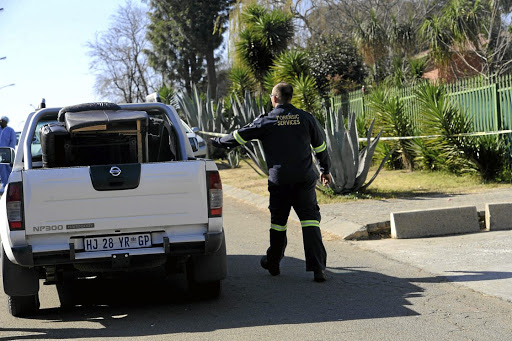 Police took in for questioning the husband of a woman who was found dead together with their three children.

On Wednesday afternoon, police said they responded to a call about a fire at a house in Sallies Village in Brakpan on the East Rand.

Police spokesperson Capt Pearl van Staad said according to the husband, he arrived home at about 5pm and the house was on fire.

He said the man told them that he went in and found his 40-year-old wife and three children dead in the living room. They all suffered gunshot wounds.

Van Staad said on arrival, police found the house burning with firefighters on site. They found a man, who said he was the owner of the house and told the police he had tried to extinguish the fire but could not.

"He found his wife together with their three children in the living room with bullet wounds from his own 9mm pistol which was lying on the floor," said Van Staad.

Van Staad said the man confirmed the firearm belonged to him. The paramedics certified them dead on the scene.

"The motive of the killing is still unknown at this stage, but three murder cases and an inquest have been opened and an investigation is underway," Van Staad said.

He said police have confirmed that there was a history of domestic violence in the family.

"They had registered protection orders against each other in the past, but they exceeded time and were removed from the system," said Van Staad.

He said upon questioning, the man said he had been at work when the incident happened. "He said he found his clothes thrown outside and the locks had been changed by his wife.

"The matter has now been handed over to our organised crime department for further investigation, while three cases of murder and an inquest have been opened," said Van Staad.

Sowetan was unable to speak to the husband because he was being interviewed by the organised crime unit.

A source told Sowetan that couches that were removed from the burning house were taken back to the scene by crime intelligence officials as they interviewed the man.

However, Van Staad could not confirm the details regarding the couches at this stage.