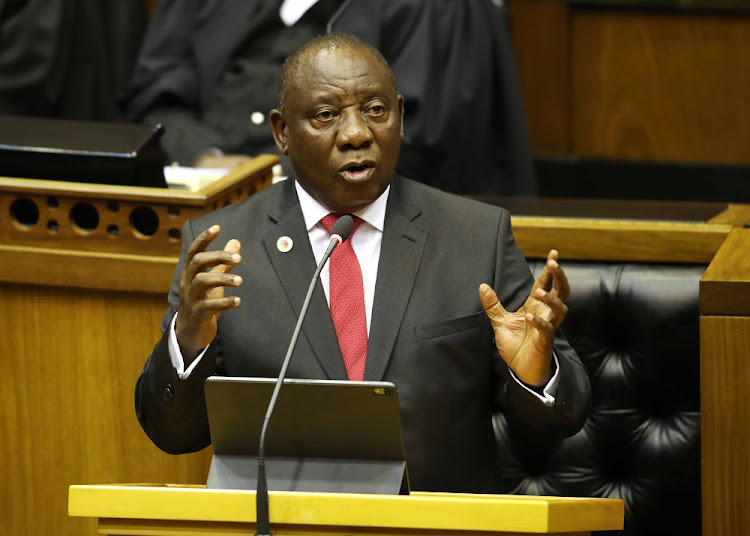 The presidency confirmed on Friday that President Cyril Ramaphosa had been given an extension to respond to public protector Busisiwe Mkhwebane's findings in the Bosasa donation investigation.

He was due to respond today‚ a day after he delivered his state of the nation address in parliament.

Mkhwebane has been investigating the R500‚000 donation the president received from Bosasa‚ the facilities management company under scrutiny for alleged corruption.

She is specifically examining whether Ramaphosa deliberately lied to parliament about the donation - which would amount to a breach of the executive ethics code.

Presidency confirms that President Cyril Ramaphosa has been given extension to respond to @PublicProtector findings against him in the Bosasa investigation.
He was due to respond today.

Ramaphosa initially said the payment was made to his son Andile in terms of a consultancy contract. He later wrote to then parliamentary speaker Baleka Mbete to "correct" his statement‚ admitting the money was‚ in fact‚ a donation from Bosasa CEO Gavin Watson to his campaign for the ANC presidency.

The president has previously stated that he had opted not to know who made donations to his campaign.

Public protector Busisiwe Mkhwebane says President Cyril Ramaphosa is implicated in her investigation into the R500,000 donation he received from ...
News
1 year ago

After delivering his State of the Nation Address (Sona), President Cyril Ramaphosa will have just more than 24 hours to respond to the public ...
News
1 year ago
Next Article