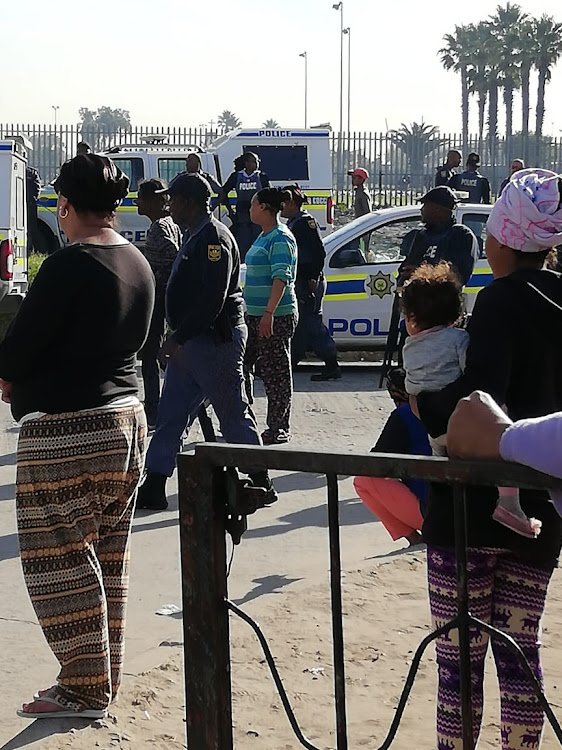 Two civilian men are alleged to have been shot by police who were responding to a gang shootout in Manenberg on Thursday. Ipid spokesperson Moses Dlamini said police allege that 23-year-old Pedro Kalshi was part of a group that attacked them.
Image: Supplied

The Independent Police Investigative Directorate (Ipid) confirmed that an investigation is under way into the death of a young man in Manenberg, after community members alleged that he was shot by a policeman.

Pedro Kalshi, 23, and Peter Henkerman, 34, were reportedly caught up in police intervention efforts after police responded to a gang shootout on the Cape Flats.

Kalshi died after paramedics transported him to Groote Schuur Hospital.

"Ipid will conduct a preliminary investigation into the shooting of two men in their twenties in Manenberg, Cape Town, on June 20 2019," said Ipid spokesperson Moses Dlamini.

"Ipid received a report from the SAPS alleging that police  responded to a gang-related issue and on arrival at the scene, gangsters fired at the police. Police returned fire and in the crossfire, two people were injured," he said.

"It is unknown who shot them but police allege the two people who were shot were part of the group that attacked the police," said Dlamini.

"Ipid will conduct a preliminary investigation to determine if the police are responsible for the shooting of the men," he said.

"If that is the case, then Ipid will take over the investigation and investigate it until it is concluded," he said.

Henkerman is recovering at home having received medical treatment. He told SowetanLIVE that he and his dead friend had nothing to do with the shooting.

"We were on our way to the market, where we work, when we got caught up in the shooting. We tried to avoid getting hurt, but that's exactly what happened," he said.

"We were in-between the shooting taking place and we decided to lie on the ground to avoid being shot. The cops came up to a few metres from us and shot anyway," he said.

Henkerman said he could identify the policeman who shot them.

He said that he hadn't contacted Ipid yet but police were "unhelpful" when the incident was reported to them.