Homeowner comes under fire from robbers, gets last laugh as two nabbed 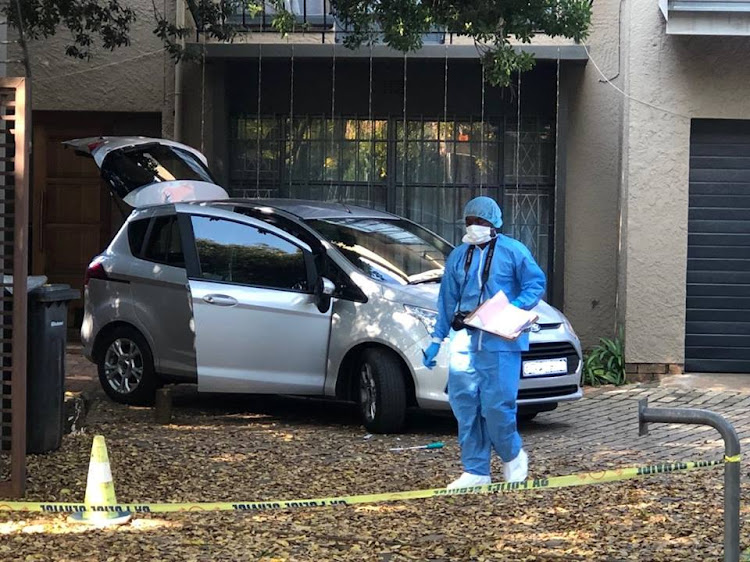 Two suspected housebreakers were arrested east of Johannesburg on Tuesday when neighbours, private security and police joined forces against them on April 29 2019.
Image: Saps

Two unlicensed firearms, ammunition and a stolen vehicle were recovered.

Capt Mavela Masondo said the incident took place on Monday when two suspects broke into and entered the house and were noticed by neighbours, who alerted the owner.

"The owner, who was at work at the time, rushed home only to find an unknown vehicle parked inside his yard.  Two suspects came out of the house and started shooting at him."

Security guards in the area responded to the shooting while calling for police back-up.

During the shootout, one suspect was wounded while the other was arrested a few blocks away.

"It is also alleged that the suspects attempted to hijack another vehicle while fleeing," said Masondo.

Preliminary investigations revealed that the vehicle used by the suspects was stolen during a house breaking in Sinoville earlier this month.

The duo will face charges ranging from attempted murder, attempted hijacking, housebreaking, possession of a stolen motor vehicle, to possession of unlicensed firearms and ammunition.

The wounded suspect was taken to hospital under police guard.

A man has been stabbed to death and two people wounded in two separate robbery incidents in Gauteng, according to paramedics.
News
2 years ago

Tshwane police have made a breakthrough in the arrest of two people following a spate of robberies at a primary school in Silverton, east of Pretoria.
News
2 years ago
Next Article