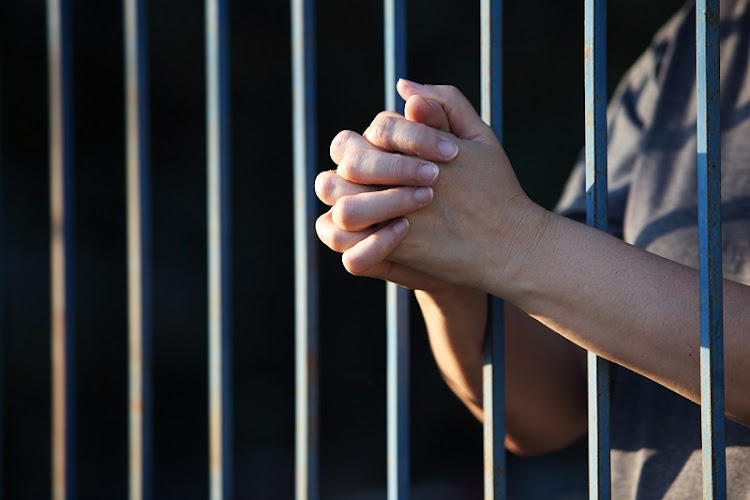 Charmaine Moloto had her five-year sentence doubled by the Supreme Court of Appeal on Friday.
Image: Sakhorn Saengtongsamarnsin/ 123rf

A Limpopo woman - handed a five-year prison term for her role in the 2014 murder of her grandmother and a five-year-old girl - has had her sentence doubled by the Supreme Court of Appeal, which handed down the damning ruling on Friday.

Charmaine Moloto - acting in cohorts with her boyfriend Frans Baloyi - orchestrated the slaying in the belief that her grandmother had bewitched her.

It was in the quiet village of Ga Semenya near Seshego where Florence Moloto and Elna Pele, a child she cared for, were strangled.

The girl was eliminated, the court heard, because it was feared she would implicate the lovers. And while it was Baloyi who choked the life out of the two, Moloto was convicted as an accomplice who had acted in common purpose.

When the 31-year-old was tried and sentenced in 2017, the National Prosecuting Authority took the judgment on review, insisting aggravating circumstances were not considered by the presiding judge.

"Before the date of the murder, she had been ill for quite some time and her health was not improving. She consulted two traditional healers on the advice of Baloyi and both traditional healers told her that she was being bewitched by her grandmother," Tshiqi's judgment reads.

"As she believed in witchcraft, she got frustrated and scared. She discussed this diagnosis with Baloyi and requested him to assist her in killing her grandmother."

Baloyi had first gone alone to the elderly Moloto's home but balked when he found her in the company of two friends.

Limpopo police arrested a 31-year-old woman on Thursday for allegedly assaulting and killing her 8-year-old daughter in Namakgale outside Phalaborwa.
News
2 years ago

The court heard that on hearing of the failure of the first attempt on her grandmother's life, Moloto had insisted that they return the following day to make good on the murder plot.

"They sat in the dining room waiting for the grandmother and the child to go to their respective bedrooms to sleep. After the grandmother had gone to her bedroom, Baloyi followed and strangled her. Baloyi went to the room where the child was sleeping and killed her, also by strangulation."

The judge, and a quorum of others, found that her belief in witchcraft should not have been weighted heavily during the mitigation of her sentence.

"A strong message must be sent to the communities who still continue with these practices that such conduct will receive the strictest punishments prescribed in terms of the law," the judge said.