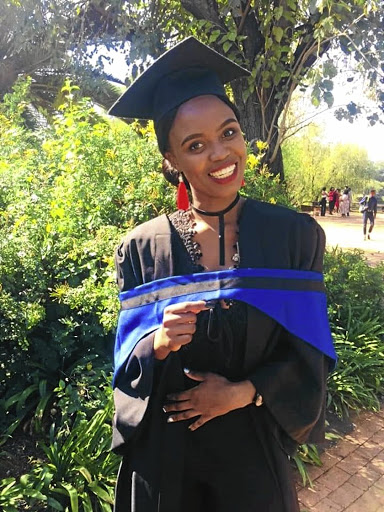 The family of a 22-year-old woman who was killed and burnt allegedly by her boyfriend eight months ago is battling to find closure.

Nompumelelo "Mpumi" Sibanyoni was found dead in her boyfriend Christopher Sibisi's rented backroom in Tembisa on September 21. She had left home the previous day to celebrate Sibisi's birthday but never returned.

Her aunt said she received a call from Nompumelelo's cellphone but it was Sibisi on the other side of the line.

"Mpumi burnt herself and she's dead," Sibisi said to the deceased's aunt Thoko Sibanyoni over the phone.

She said the 5am call would haunt her forever. "I was driving to the boyfriend's place to pick her up when her phone was used to call me. I was expecting her to say she's ready because we had a trip to a wedding in Limpopo, but it was the boyfriend calling to tell me she was dead."

Sibanyoni said she started praying that it was not true as she drove faster. "Unfortunately, when I got there she was really gone and he did not have anything to say."

Sibanyoni said they called the police and Sibisi was arrested.

However, for nearly eight months after Nompumelelo's murder, the family has been struggling to find answers.

"It all feels like a bad dream and her mother has never been well since her daughter's passing."

Her family feels that the justice system is too slow. Although Sibisi was arrested, he is currently out on bail.

"Her body was found on the cold floor ... naked, [and lying] in a pool of blood with multiple stab and burn wounds. Her clothes and shoes, which were on the bed, were stained with blood, but we still don't know what happened," Sibanyoni said.

She said Nompumelelo and Sibisi had been dating since their university days. Nompumelelo had just graduated from the Tshwane University of Technology and had started an internship at one of SA's biggest retail companies.

Her family is now left to raise the couple's two-year-old daughter, who is a constant reminder of her sad death.

Gauteng police spokesperson Capt Kay Makhubele said the suspect was charged with murder, adding that the matter would be back in court on May 31.

Suspected robber necklaced and burnt beyond recognition in Daveyton

Police have launched a manhunt in Daveyton after a man was burnt to death at the Qalabusha informal settlement in Ekurhuleni.
News
2 years ago
Next Article