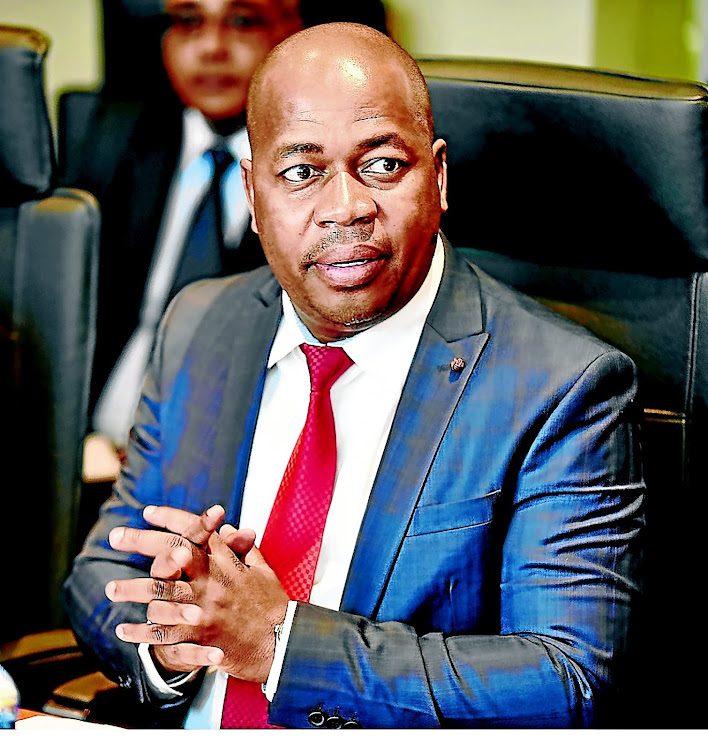 This was revealed by party secretary general Ace Magashule who briefed the media on the sidelines of the meeting in Pretoria on Friday.

Magashule said it was paramount that ANC leaders understand that they need to suppress their personal opinions in favour of the party line.

This comes after Masina launched an attack on President Cyril Ramaphosa following the appointment of Gordhan‚ saying the NEC should discuss the matter - a proposal that was backed by NEC member Tony Yengeni on the social media platform.

Soon after Ramaphosa announced that Gordhan will retain his position as minister of public enterprise, Masina took to Twitter to question the decision. He said Gordhan’s appointment undermines the rule of law and makes mockery of SA's democracy. “This is really out of order! I hope the NEC looks into this matter with urgency,” Masina tweeted.

Yengeni supported Masina’s sentiments. However Magashule said both members should be cautious about speaking about party matters (in public) because each time they do so, they are actually articulating the party’s stance.

Said Magashule: "Part of what we are doing as we analyse elections‚ we talk frankly and freely about all those issues and (this) will be the subject of the meeting.

He was speaking at St George’s Hotel in Irene during lunch break of the party’s NEC meeting where they are discussing how the party performed at the elections, among other issues, ahead of the Lekgotla tomorrow.

"We remind leaders that you are not an individual you're part of a collective because that is our culture and tradition.

The new cabinet has received a vote of no confidence even before it even starts performing its duties.
News
2 years ago

"Sometimes people err because they think they are speaking their minds‚ but when you belong to an organisation you have no mind of yours. You must speak the collective positions and objectives of this organisation."

Magashule said the main preoccupation of the meeting was however an analysis of how the ANC fared in the recently-held general elections.

According to him‚ the ANC was concerned that it reduced its support in all provinces and would come up with ways to salvage the situation going forward.

Moreover‚ Magashule said the ANC would apply the "law of natural justice" with regards to embattled Ethekwini mayor Zandile Gumede.

"There is a provincial leadership which is dealing with that matter but we are not going to rush and be pushed to deal with people as we have done in the past because there is law of natural justice‚ because we want to say a person must be heard. You cannot find people guilty in the public space‚ it will never ever happen again‚" said Magashule.

Last Friday, public protector Busisiwe Mkhwebane directed Ramaphosa to “take appropriate disciplinary action” against Gordhan, finding that his approval of Ivan Pillay’s retirement amounted to “improper conduct” and was in violation of the constitution.