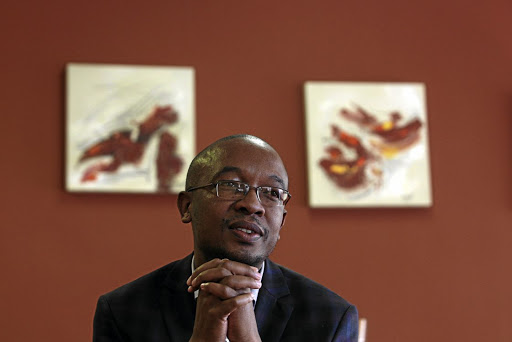 He said Ramaphosa was just "playing around and moving around old faces to new ministries".

Jammine, who was particularly concerned that the country's economy was barely growing while the unemployment rate hovered close to 30%, said he doesn't believe the women and men Ramaphosa selected to help him lead the country would "be up to the task".

He said most of the officials had previously been given a chance but did not do a sterling job.

Jammine was also critical when it came to the appointment of veteran politician and Good party leader Patricia de Lille, saying it was made to try to win the coloured vote, which has been elusive for the ANC.

EFF: Cabinet an insult to the intelligence of South Africans

The EFF has described the new national executive announced by President Cyril Ramaphosa as an "insult to the intelligence of South Africans".
News
2 years ago

Political commentator professor Sipho Seepe was, however, a bit more positive, describing the cabinet as "very balanced and good as it brings a mix of people who are seasoned and young".

"By retaining people like Nosiviwe Mapisa-Nqakula in defence and Bheki Cele in police shows that the president did not want to disturb the work those departments have achieved," he said.

Seepe commended Ramaphosa for bringing in fresh blood like Parks Tau, who is deputy minister of cooperative governance & traditional affairs, and Ronald Lamola, the new minister of justice and correctional services.

Dlamini is one of two deputies in the ministry of agriculture, land reform and rural development.

"By appointing Patricia, it's obviously a stab at the DA. She is also a hard-worker and very much hands-on.

"And when you bring somebody like that, the department [that has been facing troubles], it is going to be strengthened," he said.

Taking to his Twitter page, Ekurhuleni mayor Mzwandile Masina said: "The appointment of Pravin undermines the rule of law and makes mockery of our democracy.

President Cyril Ramaphosa’s cabinet is a mixed bag of new faces, old faces in new jobs and ministers who have remained in their positions.
News
2 years ago

"This is really out of order! I hope the NEC looks into this matter with urgency."

ANC secretary-general Ace Magashule said that they were happy to have been consulted by the president before announcing his cabinet.

He said the consultation process was seamless and he hoped the same would have happened when they were deciding on premiers.

"I'm happy because there was thorough consultation, we engaged with the president, we engaged with the alliance and we arrived, collectively, where we are and you can see that we have looked at, as the comrades have said, leaders at different things: generational mix, experience, continuity, [and ] younger blood [to] energise our cabinet and we are happy.