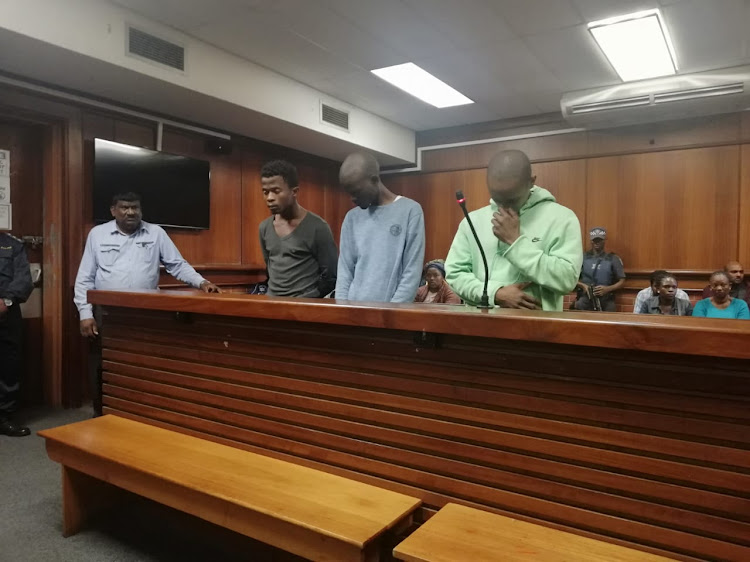 Three suspects arrested in connection with the deaths of two Durban metro cops have claimed that they are being assaulted.

Musawenkosi Ndebele, 22, Bonginkosi Msomi, 20, and Thamsanqa Mabaso, 29, made a brief appearance in the Verulam magistrate's court on Monday.

Mondli Mthethwa, the lawyer of Ndebele and Msomi, requested that his clients be moved from Durban North police station to Westville prison.

"They are complaining of being assaulted under police supervision and I request they be moved to Westville for their safety," said Mthethwa.

The suspects arrested for the murder of two Durban metro cops on Monday have been linked to a family massacre, in which four people were killed.
News
2 years ago

The fourth accused in the matter, 19-year-old Nkululeko Zuma, was not in court as he is  under police guard in hospital. Hawks spokesperson Captain Simphiwe Mhlongo told SowetanLIVE last week that Zuma had been wounded but would not provide details.

The four stand accused of the murders of Sgt Zephinia Dladla, 61, and 40-year-old Const Sonto Mhlanga, who were standing guard outside the home of Ward 52 councillor Moses Zulu in Bhambayi, near Phoenix, last Monday night.

The three suspects appeared in court under heavy police presence. They stood quietly in the dock, looking at the floor as magistrate Rajesh Parshotam ruled in Mthethwa's favour.

"The court can’t ignore these allegations, even though there are no visible injuries," said Parshotam.

The matter will be back in court on June 3.