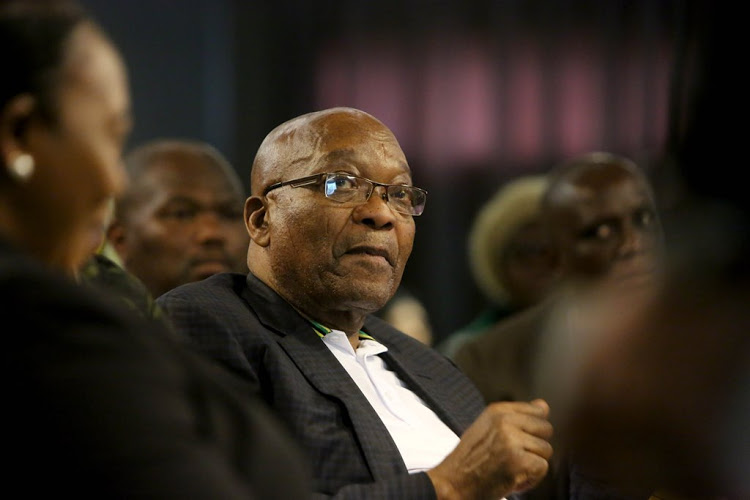 Former president Jacob Zuma had lashed out at the lead prosecutor in his corruption case.
Image: THULI DLAMINI

Former President Jacob Zuma has agreed to strike out a number of his sworn accusations against the lead prosecutor in the corruption case against him – including, among other things, that advocate Billy Downer was a liar too driven by his own hatred of him to be objective about his case.

This means that these claims, which include Zuma’s contention that Downer was nostalgic for apartheid-era prosecutions, will not be considered by the judges deciding Zuma’s application for a permanent stay of prosecution.

Downer had asked the Pietermaritzburg High Court to “strike”, or remove, over a dozen “scandalous and vexatious” and “untrue and unwarranted” statements Zuma has made about him in his application for a permanent stay of his corruption prosecution.

“First, without any substantiation, Zuma alleges that I hate him…I am blinded by an obsession with his conviction…I seem nostalgic about the manner in which apartheid prosecutions authorities deal with those they considered guilty or undesirable…and persons within the NPA may have apartheid withdrawal symptoms,” Downer states.

Jacob Zuma is attending his corruption hearing 'by choice'

Former president Jacob Zuma is attending his application for a permanent stay of prosecution "by choice".
News
3 years ago

He adds that the “State is prejudiced by (these) parts of Zuma’s replying affidavit…because they amount to reckless and odious posturing apparently aimed at condemning the public’s perception of the integrity of the NPA and particularly the person responsible for conducting the prosecution in court (i.e. me)”.

In Zuma’s application for a permanent stay of prosecution, which is Zuma’s last bid to stop his pending trial for racketeering, corruption, fraud and tax evasion trial from going ahead, the former President also accuses Downer of “astounding duplicity” and having “an aversion to the truth”.

Downer argued these claims are completely untrue, and defamatory, and must be removed from Zuma’s court papers.

Downer was the prosecutor responsible for the corruption conviction of Zuma’s former financial advisor Schabir Shaik, who was found guilty of keeping the then Deputy President on a corrupt retainer that ensured that he would do his bidding.

Shaik was also convicted of facilitating a R500000 a year bribe for Zuma from French arms company Thales, in exchange for Zuma’s “political protection” from any potential investigation into the multibillion rand Arms Deal.

Downer wanted the court to order that Zuma, whose state funding of his defense costs have been cut, pay the punitive legal costs of his application.

But, according to the settlement deal reached with the State, no order has been made as to who will pay the costs of this legal battle.

French Arms company Thales will on Tuesday attempt to convince the Pietermaritzburg High Court to grant it a permanent stay of prosecution.
News
3 years ago

Prosecuting Shaik was a ‘test’ before they came after me: Zuma

Former president Jacob Zuma says that the prosecution of his "friend and comrade" Schabir Shaik was a test to see if prosecution against him would be ...
News
3 years ago
Next Article