Prosecuting Shaik was a ‘test’ before they came after me: Zuma 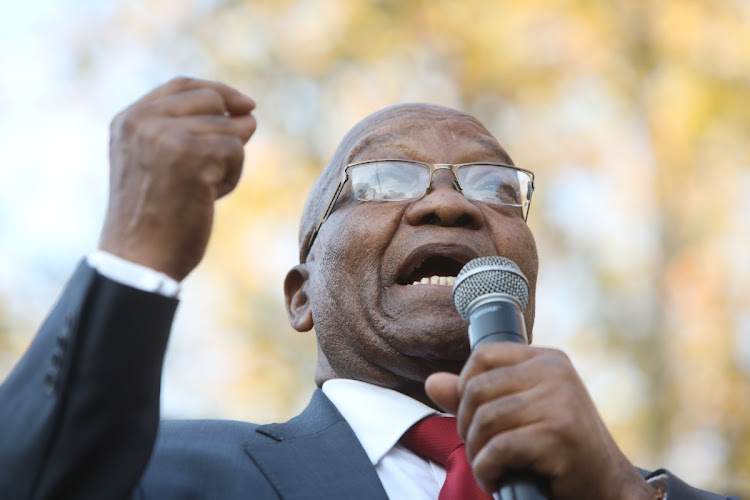 Former president Jacob Zuma says that the prosecution of his "friend and comrade" Schabir Shaik was a test to see if prosecution against him would be successful.

Zuma was addressing crowds outside the Pietermaritzburg high court on Monday after the first of four scheduled days to hear an application for a permanent stay of prosecution in his corruption case.

Earlier in court, Zuma's new legal team did an about-turn during his application for a permanent stay of prosecution, arguing that he should have been charged with Shaik more than a decade ago. 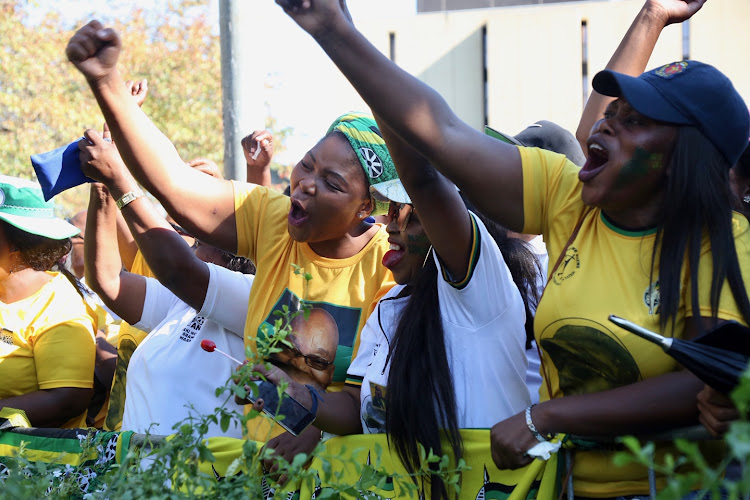 Supporters of former president Jacob Zuma outside the Pietermaritzburg high court on May 20 2019.
Image: Jackie Clausen

The crowd of about 700 people braved the scorching Pietermaritzburg sun from the morning, waiting for the former president to address them in the late afternoon.

"We are going to be here the whole week to support Zuma because we do not believe these charges against him," said Linda Mthimkhulu, who was in the crowd.

Once out of court, Zuma gave a brief summary of what happened inside court and said that his rights were being violated.

"My rights have been looked down upon. We have evidence even though we have not spoken about it in the public eye... Those who were witness at the time have even forgotten, some of them have even died,” said Zuma.

He was supported by his son, Duduzane Zuma, who spent his birthday at his father's side.

Also there to address the crowd, during the lunch break, was BLF leader Andile Mngxitama, who continued to accuse President Cyril Ramaphosa of pushing a white agenda.

The ANC’s Carl Niehaus also addressed the crowd, saying that Mkhonto WeSizwe would be taking action against journalists who "made a mockery" of the veterans' association.

"How dare you call this uniform we are proud of as soldiers who fought and died for this liberation a Pep store outfit," said Niehaus.

Zuma ended his address by thanking supporters for voting for the ANC.

"I just want to say thank you. You remember the last time I asked you to vote ANC, I did that because I heard people say they wouldn't vote. If I didn't do that I would have felt guilty if the ANC lost," said Zuma.

The matter is set to continue on Tuesday.

A School learner holds up a sign outside the Pietermaritzburg High Court were former president Jacob Zuma has just appeared. "The library is closed because Zuma is in town” #ZumaTrial #Zumacharges @TimesLIVE @yasantha pic.twitter.com/X6NM3bEcMH