Jacob Zuma is attending his corruption hearing 'by choice' 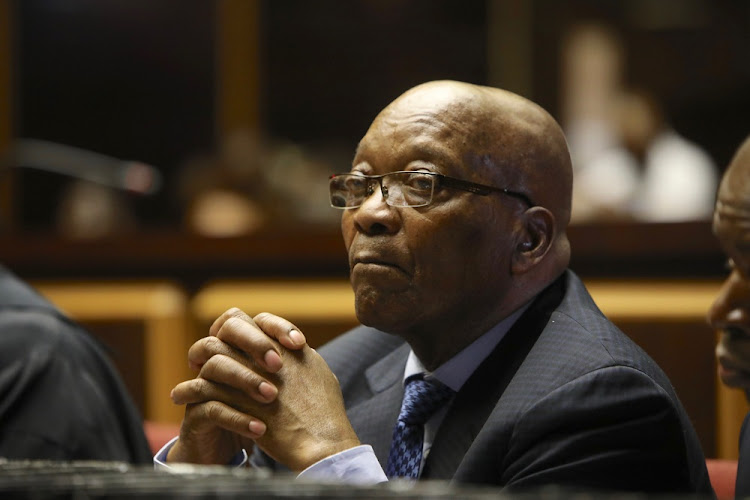 Former president Jacob Zuma is attending his application for a permanent stay of prosecution "by choice".

In a civil matter, such as this bid to avoid corruption charges, an accused person does not need to be in court with his or her legal team.

"He is here by choice. It was decided yesterday. We will see on Thursday if he is up to attending again," advocate Muzi Sikhakhane told SowetanLIVE on Tuesday shortly after the matter was stood down until Thursday.

Zuma did not plan to address the handful of supporters that gathered in Freedom Park, opposite the Pietermaritzburg High Court on Tuesday.

On Monday Zuma addressed hundreds of supporters, who waited for hours for the court proceedings to end to catch a glimpse of the former president.

The letter provides a Standard Bank account number and also a list of the targets. It is signed by the suspect.
News
3 years ago

He is likely to address his supporters again on Friday. However, Zuma will not be in a position to inform them on the outcome of his application as the court needs at least three months to finalise its judgment.

Before the matter was adjourned on Tuesday, Zuma's co-accused - French arms company Thales - argued that its right to a fair trial would be violated as it had no witnesses to dispute the evidence against it.

Advocate Mushahida Adhikari, representing Thales, said some of the key witnesses were "unavailable" and could not even be located by Interpol.

One key witness had Alzheimer's disease and therefore could not testify, she said.

Thales did not present a medical report to court to prove their argument.

If Thales is tried and found guilty, it will likely face a fine as it is a corporate entity, however Adhikari argued that it still had the same right to a fair trial.

Thales is accused of agreeing to pay Zuma a yearly R500,000 bribe for protection from an investigation into the controversial multibillion-rand arms deal. The alleged bribe was facilitated by Zuma's former financial adviser‚ Schabir Shaik.