Ramaphosa’s promise to Mzansi: 'Change is what you are going to see' 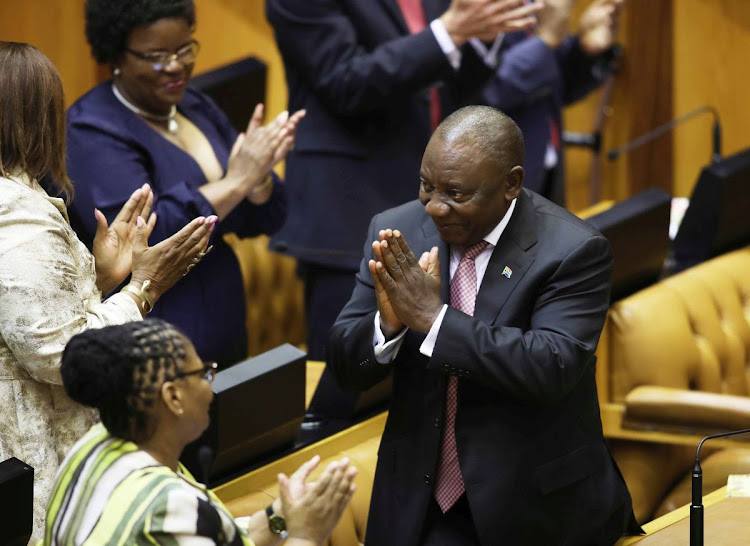 Cyril Ramaphosa is applauded by incoming MPs in the National Assembly on Wednesday.
Image: Esa Alexander

President-elect Cyril Ramaphosa has pledged to be a "consensus-seeking" head of state and government who will not be afraid of taking "difficult decisions", even if they go against certain interest groups.

Addressing the National Assembly on Wednesday following his unopposed election by MPs, Ramaphosa said the incoming sixth administration would focus on bringing about change.

Ramaphosa made this undertaking after various party leaders urged him to make bold decisions if the government is serious about reversing the losses suffered under the Jacob Zuma administration, which was dogged by corruption and economic decline.

Ramaphosa's presidency was endorsed without any drama by all opposition parties in a largely calm parliamentary session characterised by the necessary decorum - in stark contrast to the Zuma years.

He said change would at the centre of his incoming government. "Change is what you are going to see. This sixth administration is going to be about change. Our people yearn for change and change is what we're going to offer them," he said.

Turning to the breakdown of relations between parties in parliament at the height of the Zuma years, Ramaphosa said he would adopt a consensus-seeking style of leadership.

"As we enter this sixth democratic administration, please be assured of my personal commitment and the commitment of the incoming executive to fulfil these obligations of seeking consensus, of collaborating, of working together to find solutions to all the challenges that our country faces," he said.

Ramaphosa also reminded MPs and opposition party leaders that they have a duty to ensure that parliament's standing is not eroded by their conduct during sessions in the house.

He said citizens expected politicians to disagree without resorting to insults. "They know that we'll differ quite a lot on a number of issues, but they would like to see us dealing with each with honour, dignity and respect. The majority of the people in our country want us to respect them. They want to see their house being a house of debate [and] robust discussion - not a house of chaos [and] disorder, a house that is underpinned by disrespect for one another."

Ramaphosa will take an oath of office, to be administered by chief justice Mogoeng Mogoeng, at an inauguration ceremony on Saturday at Pretoria's Loftus Versfeld stadium.