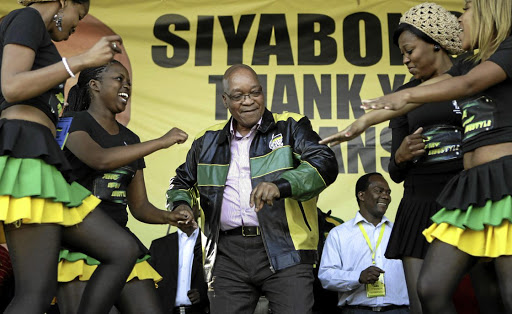 Jacob Zuma was always going to be a hard act to follow. Here I am not even talking about his dancing and singing skills, those are legendary.

I am talking about Msholozi's ability to sell the country to the highest bidders and go on about his business as if nothing had happened.

Even as Cyril Ramaphosa sang and danced, celebrating his triumph over Zuma, he would have been assailed by a sense of foreboding; he would have known that the demise of Gedleyihlekisa in the Battle of Nasrec only marked the beginning of the real war: cleaning up the mess.

With his cronies, Zuma turned state entities into personal fiefdoms. They appointed to positions of power and influence people they could control, people who would ensure that the gravy kept flowing, and who made sure it flowed in the desired direction, and at expected volumes.

By the time Zuma was floored, he had turned into that mythical monster with many heads. You chop one head, a hundred new heads sprout on the spot where the original head was located. I choose the imagery of a head deliberately, for obvious reasons.

Supra Mahumapelo on his new book, ANC losses and Ramaphosa

Here are five quotes from Supra Mahumapelo's interview on Wednesday.
News
2 years ago

In the wake of last week's elections, political analysts have been waxing lyrical about the Ramaphosa Effect which, we are told, quite unequivocally shows that the president's hand has been strengthened.

It is now time for him to act. The idealism is admirable. But at a practical level, acting looks more than a mammoth task. For starters, he is leading a party whose secretary general has a huge cloud hanging above him, which cannot be good PR for the clean-up operation Ramaphosa is supposed to mount.

Ace Magashule occupies almost the same position as Jacob Zuma in that no court of law has found him guilty on charges of corruption and other wrongdoing yet the allegations against him are overwhelming.

If he were a conscientious leader, who knows how to spell the words "moral fibre" and "ethical leadership", he would have volunteered to relinquish his position out of sheer decency until his name was cleared.

It is against this climate of impunity that the actions of Zandile Gumede should be understood.

Out on R50,000 bail, Gumede has refused to relinquish her position at the helm of the metro mainly because "these are mere allegations".

Can you blame her for being arrogant? No, she is living up to the standards set for her by her political seniors.

Zuma made the culture of entitlement the hallmark of a public official. It was as if a standard memo had been shot from Zuma's office to all wings of government which said: the more corrupt and arrogant, the more desirable.

I exaggerate, as usual. There are many good, clean, hard-working officials and employees in all spheres of government.

It's just that their efforts and their high ethical standards are almost always overshadowed by those who read the Zuma manual on "How to Feather Your Nest at the Expense of Public Good" and embraced it word for word.

These are the people who are going to turn into an uphill struggle the work of Ramaphosa as he rebuilds those sections of the public sector that were compromised by the previous administration.

Entrenched as they still are in powerful positions it's going to take blood and guts to dislodge them.

ANC head of elections Fikile Mbalula said on Thursday that if president Cyril Ramaphosa did not win at the party’s 2017 Nasrec conference the ANC's ...
News
2 years ago
Next Article