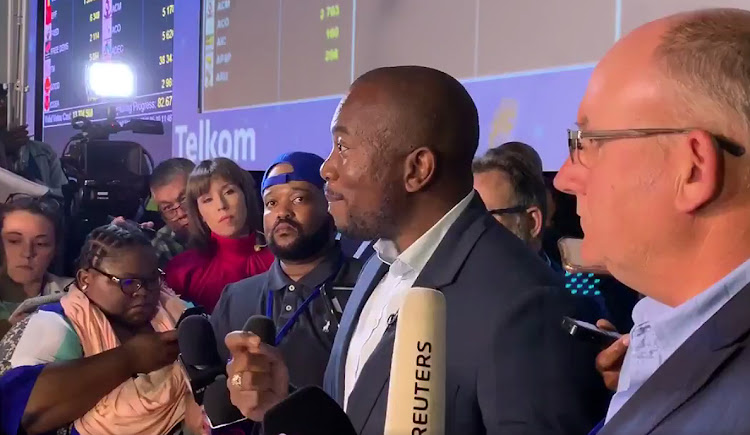 DA leader Mmusi Maimane has dismissed suggestions that his party's poor showing at the national elections may see him booted out.

For the first time in post democratic South Africa, the Democratic Alliance looks set to have failed to grow at the national polls.

Maimane held a press conference at the IEC Results centre in Pretoria as his party look set not to surpass the 22.2% achieved in the 2014 polls under former leader, Helen Zille.

The party grew in leaps and bounds between 1999 and 2014 during the tenures of Maimane's predecessors Tony Leon and Zille.

There's speculation that Maimane may be shown the door by the party for failing to continue on a growth path. With slightly more than 83% of voting stations declared, the DA was hovering around 21.7% for the national assembly.

Maimane said the elections were "not a leadership contest" for him but part of a project to give South Africa an alternative to the ANC.

"The party that I lead has complete support towards that project. When I took over four years ago, that was the project and is still the project," he said.

Maimane said he was not worried because for him and his party the elections were "not a popularity contest".

DA Federal council chairperson, Athol Trollip, who flanked Maimane said it was unfair for him to be asked questions about his future but threw his full support behind party leader.

Trollip said they took collective responsibility for the party's showing at the national polls.

Alan Winde was awarded the Western Cape premier position after the Democratic Alliance won the province in the 2019 elections.

[ELECTIONS] @MmusiMaimane of @Our_DA responding to the decline in the overall result of the party & possibility of being removed as party leader. #2019ElectionsOnKaya #2019ElectionResults pic.twitter.com/aleKFoICLH