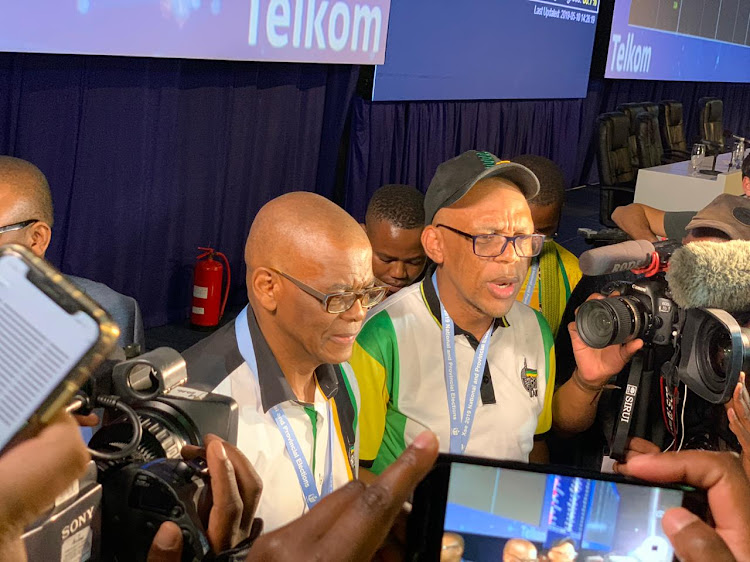 ANC Secretary General Ace Magashule has rubbished comments that the party was rescued by President Cyril Ramaphosa in the 2019 national and provincial elections.

Magashule, speaking during a press conference at the IEC National Results Operations Centre in Pretoria said party supporters voted for the party not an individual.

Asked about comments made by ANC head of elections Fikile Mbalula that the party may have lost the elections had Ramaphosa not emerged as party president at the 2017 Nasrec conference, Magashule said:

"That's nonsense. People are electing the ANC. It's not about any individual. How do you predict? Is Comrade Mbalula saying I was not going to be part of the campaign if the leader was somebody else?" he asked.

Magashule said that ANC would have still received the same results which at the time of his press briefing saw the ANC sitting at 57% with about 90% of all voting districts declared.

ANC secretary-general Ace Magashule has claimed that his phone and that of his deputy‚ Jessie Duarte‚ are being bugged by "state organs".
News
2 years ago

President Cyril Ramaphosa, the 'new' guy who is not new at all
Opinion
2 years ago

"The ANC would be where it is today. People have voted the ANC. People are not voting any person."

Mbalula said on Thursday that if President Cyril Ramaphosa did not win at the party’s 2017 Nasrec conference, the ANC would have sunk to 40% in these elections.

Meanwhile, Magashule blamed the bad weather conditions in the Free State for the low turnout of voters.

He alluded that the reason for the decline in the Free State where he was at the helm of the party for 22 years, was the bad weather conditions which continued well over mid night.

“We are not the IEC, we could not have extended the voting hours. Even if we could extend the hours in parts of the Free State it rained until well after midnight,” said Magashule.

With about 90% of all voting districts already declared, the IEC looks set to declare all stations later today.