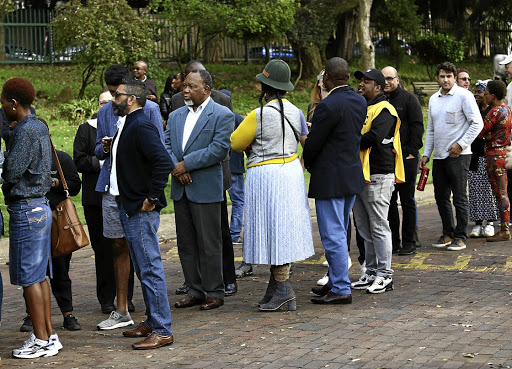 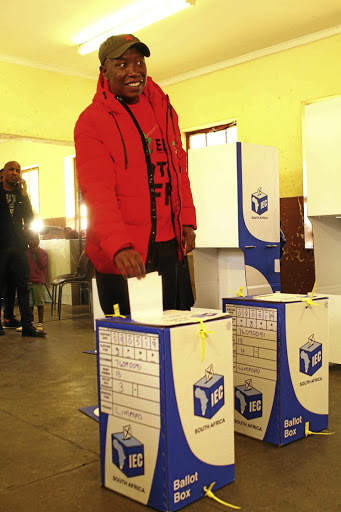 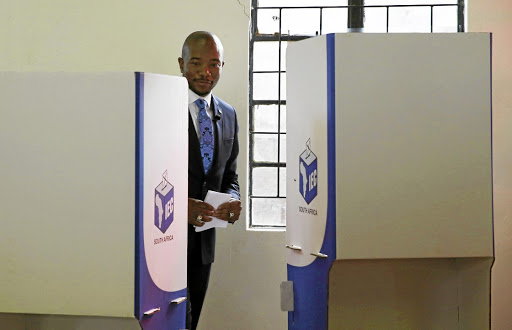 The Independent Electoral Commission (IEC) has flagged a litany of problems that dotted voting across the country yesterday, as millions of South Africans went to the poll to cast their ballots.

The problems affecting the vote came as political party leaders tried in earnest to get people out to vote.

Addressing the media less than four hours before polls closed, the IEC said while voting went mostly smoothly, they did incur challenges.

"The Electoral Commission is saddened by the lack of respect for democracy and the rights of others in these limited areas and once again calls on these communities to put the national interests of the country above the narrow interests of the community at least for today," said IEC deputy CEO Masego Shiburi

Among the problems facing the polls included:

Five voting stations which had not opened with three hours left for voting.

15 voting stations in Nelson Mandela Bay, in Eastern Cape, which had to be relocated because tents were flying away.

Shortage of ballots in some areas including the Cape Town city bowl.

Four voting stations in Vuwani, Limpopo, were forced to close for hours, and

"There have been some setbacks including those caused by on-going community unrest in isolated areas which have affected election operations," Shiburu said.

The five voting stations that had not opened by 5pm included one polling station in Buffalo City and one in Ntabankulu, Eastern Cape, while in KwaZulu-Natal three voting stations in Inkosi Langalibalele municipality in the uThukela District (Estcourt) did not open.

Shiburu said there have been reported temporary shortages of ballot papers but in most cases the problems were speedily resolved.

The IEC had raised concern about the impact of service delivery protests in North West, KwaZulu-Natal and Limpopo on the vote.

EFF deputy president Floyd Shivambu is adamant that the party will bring the ANC down to its knees at national and provincial level.
News
2 years ago

Meanwhile, President Cyril Ramaphosa has described the excitement of yesterday's voting as reminiscent of that of 1994 elections.

Accompanied by his wife Dr Tshepo Motsepe at Hitekani Primary School in Chiawelo, Soweto, Ramaphosa cast his first vote as president after he was sworn in in February last year.

"This is a vote that reminds us of 1994, because in 1994 our people were just as excited as this; they were heralding a new period, a new future for our country.

". and today, this is what I am picking up. Our people are really excited about what lies tomorrow," said Ramaphosa.

After voting, Ramaphosa told reporters outside the polling station that the turnout at the venue in the township where he was born and raised, was a sign that victory was certain for the ANC.

"Today (yesterday), I will go to sleep very peacefully like I did last night.

More than 26 million South Africans were registered to take part in the elections, which are being contested by 48 political parties.

In Dobsonville, also in Soweto, an optimistic DA leader Mmusi Maimane told reporters outside a voting station shortly after voting that the elections were historic as the country was going to witness another transition similar to when the country ushered in democracy.

"It's a historic moment in our nation as we transition again and I remember vividly and well when I played in these streets and I remember too well the release of Nelson Mandela."

Maimane reiterated his plea to the nation to give the DA a "five-year contract" to prove that it can indeed bring about the required change.

"This is not about sofa s'lahlane (till death do us part), that we must always be together forever.

"No, it's about hiring a government that is DA-led that will deliver and I'm saying we are the best government in this country," Maimane said.

In Seshego, Limpopo, EFF leader Julius Malema said he was not completely at ease as he suspects that 'thugs from the other side can steal our votes".

He said to prevent it, the EFF party agents would remain alert at polling stations until the very end of the day.

Even if they get provoked, he said, they should resist retaliating. "Remain vigilant. You know those ones of the yellow T-shirts, like their father Jacob Zuma, are used to stealing everything. Look after EFF votes and do not be violent when you do," he told them.

Former president Kgalema Motlanthe said that the leaders of the ANC were "well aware that this is the last chance" to address issues within the party.

Speaking to the media while queuing to vote at Killarney Country Club in Johannesburg, Motlanthe said he has "no doubt" that the "weaknesses" in the party will be attended to.