IEC investigating electoral fraud of people voting more than once 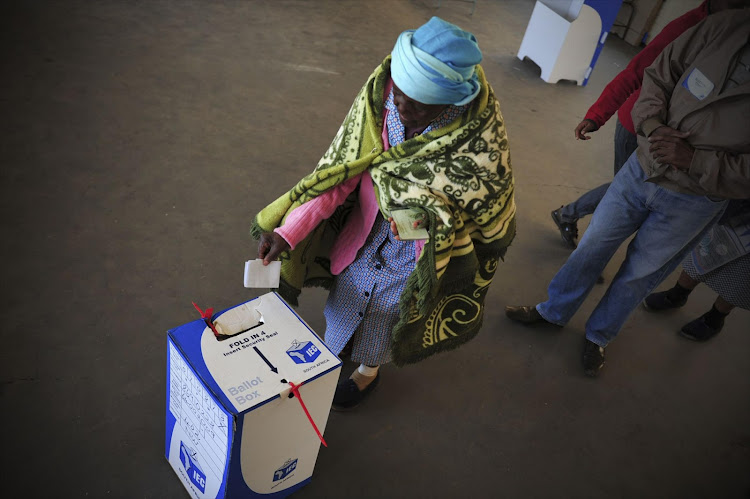 Just before midnight on Wednesday, the IEC finally explained what that small ID scanner was able to do and could not do during a voting process at a polling station.
Image: Gallo Images / Foto24 / Lucky Maibi

Just before midnight on Wednesday, the IEC finally explained what that small ID scanner was able to do and could not do during a voting process at a polling station.

In the IEC’s last press briefing at the Results Operations Centre in Pretoria, commissioner Mosotho Moepya explained the use of the ID scanner as there were concerns of voters being able to vote more than once in different voting stations.

“That slip is not about them having voted. Let’s clarify that…that slip is to help facilitate the person marking the voters' roll to say, voter Mosotho Moepya, on the voter’s roll, in this station, is voter number 791. You don’t have to go through pages, you go straight to 791 because they have already been located. That is what it does. It facilitates the queue, tells what time he came in there, leaves a record for us to check if we want to reconcile data we have,” Moepya said.

He earlier confirmed that there had been incidents reported to the IEC in which voters were able to cast the ballots more than once at different voting stations.

These were being investigated, he said.

“Fortunately, the election process contains a number of checks and safeguards which together serves to protect the integrity of the process,” Moepya said.

Despite various issues - which included five voting stations not being open by late afternoon, shortages of ballot boxes and confusion over fake ...
News
3 years ago

- the voter’s roll which only allows for a single registration per voter;

-the requirement for a voter to produce a valid ID document before they vote;

-the scanning of ID documents prior to voting;

-the marking of the voter’s thumb with indelible ink;

-the completion of a form containing the details of the voter and the signing of a sworn declaration by voters when they vote at a station where they are not registered;

-the availability of party agents to monitor the voting, the counting and the results capturing processes.

“Lastly, we capture these results and keep them in our system where they can be recalled individually. All of these leave a detailed footprint of voter participation and can be used both separately and in combination to identify instances of electoral fraud,” Moepya said.

According to the IEC, the scanner based at each polling station is not linked to a national network but is attached to the voting station. In some stations, the scanner was not operational which then raised questions as to whether those voters could be able to vote elsewhere if they were able to remove the ink from their thumbs.